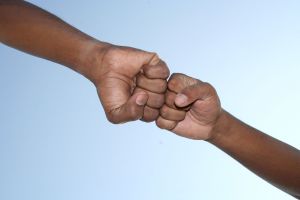 As a Jacksonville juvenile criminal lawyer, I have represented children charged with fighting and affray in Jacksonville.  I have represented teenagers facing Jacksonville assault and battery charges.  In some cases, children are disciplined only through the school system.  Other times, they are arrested and end up in Jacksonville juvenile delinquent courts.   The evidence in a fighting case usually consists of eyewitness testimony.  With Jacksonville battery cases, you also have injuries that are either consistent with the defendant’s or victim’s story.  You may also have a video recording as evidence.  In fact, this has become more popular with school fights due to teenagers carrying cellular telephones.

Due to the popularity of batteries occurring at a Duval County High School, an Instagram Page was created to display these fights.  Action News reported the this story last March:

“Students are in video clips punching one another and causing injuries so serious that paramedics have been called to First Coast High School. The school has 2,200 students, and the Instagram page FIRSTCOASTHIGH_FIGHT has more than 1,500 followers.  Students told Action News the page is growing in popularity daily, and students often check it multiple times during the day to see if any new fights have been uploaded. The Instagram page shows 15-second video clips of fights on and off campus- and even asks students to tell them about future fights.”

Seven months later, Action News reported on fight that occurred at this same Duval County high school.  This fight was so out of control that security to not contain the students without pepper-spray.  Action News stated:

“The fight broke out in the early morning hours right before school started at Robert E. Lee High School. This one happened to be caught on tape, but students say it’s one of many fights to break out here in the last couple of weeks. This is how school started Thursday morning for students who attend Lee High: ‘Punches were flying … students screaming … and school papers thrown everywhere,’ said 18-year-old Frankey Archer, who got caught up in the melee while trying to get to class. ‘All you see is the officers. They start Macing people,’ Archer said…. You could see an officer try to break up the fight in the video, but other fights begin to break out around him. Some students are separated, but that doesn’t stop them from swinging. Archer said she heard people yelling out gang names before the first punches were thrown. ‘When they were yelling out gang names, they were yelling profanity towards them basically like the f-word and everything like that’ Archer said…. According to Duval County Public Schools, no one was arrested, but the students involved in the fight are being disciplined by the school…. According to the student code of conduct, fighting could get a student a maximum of five days in-school suspension. On the fourth time, the student could face up to 10 days in out-of-school suspension. Action News asked what kind of discipline the students in the video are facing, but a school spokesperson says by law they can’t provide that information.”

If the Duval County State Attorney’s office were to press charges, these teenagers would be facing fighting or battery charges in Jacksonville.  Even though a simple battery is a misdemeanor, this is a violent crime and should be taken seriously.  If an 18-year-old senior is involved in these fights and charges are pressed, he or she will be facing the charges in adult court.  This will create a public Florida criminal background.