I have written articles in the past on this website and the Jacksonville attorneys website about the arrests that occur during the Florida Georgia game. We all remember what it was like to be a college student. Tailgating is a normal event for college football games. Beer and alcoholic beverages go hand-in-hand with tailgating. When it comes to massive tailgates, such as the Florida Georgia football game, there are a lot of people. There is a lot of alcohol. That also means that there are a lot of police officers which in turn leads to a lot of arrests and notice to appear citations. Notice to appear citations resemble a Jacksonville traffic ticket. There is a difference. With a criminal notice to appear, you must set a court date within 10 days of receiving the ticket.  You must do this with the Duval County Clerk of Court. You are required to set a court date, because this is a criminal ticket. Technically, you could have been arrested. However, due to the circumstances, the police officer issued a Jacksonville ticket for the crime instead. I have met with young adults that do not understand that they are facing criminal charges because they “just got a ticket.” They later call me and ask for me to expunge their Florida record, but I cannot because the charges were not dropped or dismissed. They sometimes ask me to seal the criminal record, but I cannot because they were convicted of a misdemeanor crime. If you or your son or daughter is arrested or issued a notice to appear, you should consider speaking with a Jacksonville criminal attorney about the case. While we may make bad decisions in our youth, it does not mean that we should have a permanent criminal background in Florida to remind us of it. To talk to a Jacksonville criminal lawyer, call (904) 564-2525.

Several online sources have articles documenting that the Florida-Georgia game does lead to numerous arrests and criminal charges, I have cited a couple of those sources. Note that the Florida Times Union has stated: 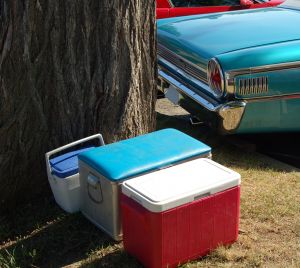 Underage drinking at Florida Georgia game could lead to an arrest

“It’s been many years since the annual Florida-Georgia game was referred to as “The World’s Largest Outdoor Cocktail Party” –  at least openly. Both colleges and the city of Jacksonville have fought against the game’s hard-drinking reputation. Last year, the Jacksonville Sheriff’s Office and the Florida Division of Alcoholic Beverages and Tobacco wrote 213 citations for underage possession of alcohol during the big weekend, using uniformed and plain-clothes officers to bust offenders.So that may raise the question: where, and why, might I get arrested while drinking at the big game?If you’re underage, anywhere and everywhere: enforcement is heavy. What if you’re 21+ and ready to party? I repeat, if you’re underage, enforcement is heavy. Make of this what you will.”

Even Wikipedia points out the issue with underage drinking arrests in Florida:

“The game is one of the busiest annual events in downtown Jacksonville, and attracts huge crowds that congregate around the stadium for tailgating and other happenings. As a result the game and associated revelry have been known as “the World’s Largest Outdoor Cocktail Party”, a nickname first coined in the 1950s by Bill Kastelz, sports editor for The Florida Times-Union.[12] Kastelz claimed he came up with the name after seeing a drunk, stumbling fan offer an alcoholic beverage to an on-duty police officer.[12] The “Cocktail Party” nickname proved so popular that the City of Jacksonville used it for many years. However, the city dropped it from most official usage in 1988 following a series of alcohol-fueled outbursts. In 1984, Florida fans stormed the field and tore down the goal posts after a 27–0 victory; the following year, a 24–3 Georgia win led Bulldogs fans to do the same, ultimately resulting in 65 arrests. Thereafter, the city cracked down on excessive drinking and soon dropped its use of the name. In 2006 both schools and the Southeastern Conference asked CBS and the city to abandon the name in promotions due to concerns about alcohol abuse by students and other attendees.”