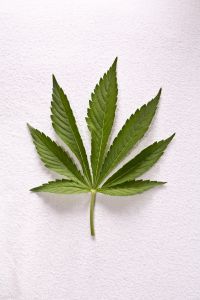 Will Amendment 2 pass in Florida?

Possession of marijuana in Jacksonville is a crime.  Even if you use marijuana as medical treatment, it is still illegal under Florida’s drug laws.  This could all change in the upcoming election.  A poll conducted by the University of Florida was recently released on the issue.  “The poll, conducted by the Bob Graham Center for Public Service in collaboration with the UF Bureau of Economic and Business Research, the Tampa Bay Times and Bay News 9, found that 57 percent of respondents said that they would vote yes on Amendment 2, while 23 percent said they would vote no.”  Amendment 2 is known as the Florida Right to Medical Marijuana Initiative.  Voters will decide whether or not to pass this amendment. “If approved by at least 60 percent of the voters, as required by state law, the amendment would legalize the use of marijuana for medicinal purposes as determined by a licensed Florida physician.” (News4jax.com)

There are Florida voters that support the use of marijuana for medicinal purposes.  There are people that support its legalization for recreational use.  Other voters oppose the use of marijuana all together and believe that possession of cannabis should remain a crime.  The fate of Amendment 2 will not only depend on people’s opinions, but also on whether or not they go out and vote.

Those that support the legalization of medical marijuana say that it “would help those suffering from ‘debilitating medical conditions’ such as cancer, multiple sclerosis, glaucoma, Crohn’s and Parkinson’s disease.”  On the other hand, “opponents argue that allowing medicinal use of marijuana will lead to a substantial increase in its recreational use.”

Paul Doering is a professor in the University of Florida’s “department of pharmacotherapy and translational research and co-director of the statewide Drug Information and Pharmacy Resource Center.”   Doering pointed out an issue that concerns many people about Amendment 2.  People want to know how the use of marijuana will be limited.  Will anyone be able to legally obtain medical marijuana?  Doering stated, “What concerns me most is the vague reference regarding who would qualify for medical marijuana under the law…. While I sympathize with those who suffer from truly debilitating medical conditions, approving this amendment could ultimately become a thinly veiled agenda for approving recreational marijuana use.”  This is obviously not a concern for people that support the outright legalization of marijuana.  At the same time, tight regulation of medical marijuana will not make a difference to the voters that oppose the use of cannabis for any reason.  The voters that it will make a difference to are the people that do not mind the use of medical marijuana for certain medical conditions only.  They will want something to ensure proper regulation of this substance.