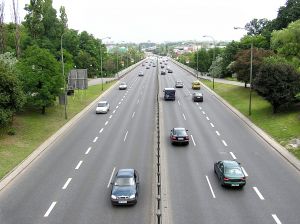 Traffic tickets could suspended your license

Your Florida drivers license may be suspended for a variety of reasons.  In most cases, it is due to something on your driving record.  If you do not pay your Jacksonville traffic tickets, the Department of Highway Safety and Motor Vehicles will suspend your license until those tickets are paid, including all late fees and D6 clearance fees.  Your Florida traffic tickets may also end up in collections if you wait too long to pay them.

If you do pay your traffic tickets, you license could still be suspended due to excessive points.  When you pay your traffic tickets, you are convicted of the offense.  This will put a certain amount of points on your driving record for moving violations. The Florida Department of Highway Safety and Motor Vehicles gives an abbreviated chart of the point scale for moving violations:

Your drivers license can be suspended for other reasons.  You could become a Florida habitual traffic offender due to driving on a suspended license tickets.  If you are convicted of driving on a suspended or revoked license in Jacksonville or anywhere else, these convictions will be used against you.  If you receive three convictions within five years, you will be subject to a 5 year drivers license suspension as a habitual traffic offender.  If this happens, you may want to speak to a Jacksonville drivers license attorney about your options.  Call 20 Miles Law at (904) 564-2525 to speak with a Jacksonville lawyer.

You drivers license may also be suspended due to a criminal case.  Most people understand that your license will be suspended if you are convicted of driving under the influence in Jacksonville, but there are other criminal charges that are not as obvious.  For instance, if you are arrested for a Florida drug charge, your license could be suspended.  A simple Jacksonville possession of marijuana case, could lead to a 2 year drivers license suspension in Florida.  A Jacksonville petit theft case could also result in a suspended license.  This is just one of the many reasons that it is important to consult with a Jacksonville criminal lawyer before disposing of your case.