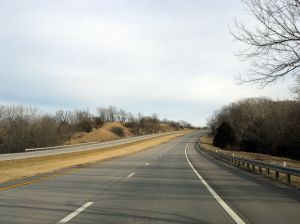 Waldo Under Investigation for Ticket Quota

With college football beginning, a lot of people in the Jacksonville area will be making the trip to Gainesville to watch the Gators hit the field. While the distance from Jacksonville to Gainesville is not that far, the drive is not an easy one. As a Jacksonville traffic ticket lawyer, I know that Duval County has its fair share of speed traps, but this is nothing compared to a town not to far from Jacksonville. The town of Waldo is located southwest of Jacksonville. Highway 301 runs through it. This is the highway that many people take to travel to the University of Florida. Waldo is “one of only two ‘traffic traps’ nationwide and even placed an attention-getting billboard outside the limits of the town to warn drivers to slow down before entering.” There is a reason for this; “A small segment of highway that runs through Waldo requires drivers to speed up and slow down six times: 65 mph becomes 55 mph; 55 becomes 45; then goes back to 55; then back down to 45; to 55 again and eventually, 35 mph.”

While this Florida town has always had a reputation as a speed trap, “Waldo faces a scandal following allegations that the town victimizes motorists to turn a profit. Two police chiefs have been suspended, the police department has rebelled and the state is investigating possible wrongdoing. The situation simmered for years until this month, when Police Chief Mike Szabo was suspended Aug. 12, apparently in response to an investigation by the Florida Department of Law Enforcement into suspected improprieties in the way officers write tickets.   The issue then burst into the open two weeks later at a Waldo City Council meeting, when a group of police officers said they had been ordered by Szabo to write at least 12 tickets per 12-hour shift or face repercussions.” The town of Waldo does not set its own speed limits. This is done by the Florida Department of Transportation. The FDOT did say that it considered the “requests from Waldo officials when setting up speed limits there.   Because the stretch of highway with six different speed limits runs by schools and a popular flea market that draws many pedestrians, the department said the speed changes are legal. But enforcing speed limits is Waldo’s responsibility, said Tony Falotico, a traffic operations engineer at FDOT.”

The problems with the Waldo police department do not end with issuing Florida speeding tickets. According to Channel 4 News in Jacksonville:

“A 2012 Clay County Sheriff’s Office report was also released on Tuesday, describing one high school teacher’s experience with Szabo. That teacher alleges that on her way to work Szabo was riding behind her and shined his lights on her car, then got ahead of her and slammed on his breaks, almost causing a crash.  The officers also leveled allegations at the Aug. 26 meeting against Cpl. Kenneth Smith, who had been picked to fill in for Szabo. The officers complained that Smith had, among other things, mishandled evidence. The city council then suspended Smith.”

The FDLE began a full investigation due to the fact that it found “enough evidence that Waldo violated that law to open a full investigation.   In 2013, Waldo’s seven police officers filed 11,603 traffic citations, according to records obtained by the Gainesville Sun newspaper. That compares with 25,461 citations in 2013 for much larger Gainesville, which has 300 officers and 128,000 residents, including thousands of college students.   The fines paid by motorists are a big money-maker. According to the city’s 2013 budget, about half of its $1 million in revenue came from ‘court fines’ from tickets issued.”

The Alachua County State Attorney’s Office has not taken action. Instead, “it is waiting for the FDLE to finish its investigation of ticket quotas and other wrongdoing before deciding whether to file charges against either Szabo or Smith.”