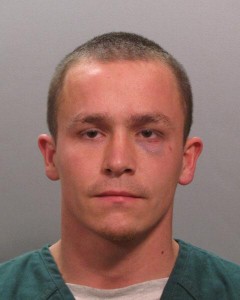 Last month, 26-year-old Christopher Hoffman was tried in Duval County for the murder of 19-year-old Ryan Ford.  At the trial, the prosecution argued that Hoffman was “responsible for the beating death of Ryan Ford at a bonfire party on private property in Mandarin in January 2013. Hoffman was accused of fatally punching Ford.” (News4jax.com)

After listening to all of the witnesses for the State of Florida and the defense, the jury was instructed by Judge Charles Arnold on the laws that apply to this case.  As required, Judge Arnold instructed the jury on the law for second-degree murder, including lesser-included offenses.  He informed the jury “that although Hoffman was charged with second-degree murder, he could also be found guilty of manslaughter, attempted manslaughter, attempted second-degree murder, felony battery, misdemeanor or found not guilty of any crime.”  Hoffman was found guilty of the lesser-included offense of felony battery in Jacksonville.  He is in custody in the Duval County Jail awaiting his sentencing hearing which is scheduled for September 24, 2014.

Although Hoffman’s felony trial is over, his co-defendant is still facing misdemeanor charges for simple battery in Jacksonville.  Robert Cline, 24-years-old, was also arrested in connection with the incident involving Ford.  Cline is out of custody, as he bonded out of the Duval County Jail within 24 hours of his arrest.  Unlike his co-defendant who faced a felony charge in circuit court, Cline is facing a misdemeanor charge in county court.  His case is not set to go to trial at this time.  Instead, his Stand Your Ground hearing is set on October 21.  The basis of his motion is that “Ford was the aggressor that night in January 2013, threatening to beat up several people at the party. The petition says Ford struck Cline in the face, and Cline shoved him away, and when Ford charged at Cline, Cline punched Ford, causing him to stumble. That’s when Christopher Hoffman jumped in.”

As a Jacksonville criminal lawyer, I have represented people charged with felony and misdemeanor battery in Jacksonville.  It is important to discuss with juveniles the dangers associated with fighting.  It is not unusual for a teenager to get into a fight, but this could lead to a Jacksonville juvenile delinquent criminal charge.  Also, you never know the damage that you could inflict on another person.  It could lead to serious injury or even death, as we see in the case above.  These were young men involved in an altercation that lead to death and has hurt several people’s lives.