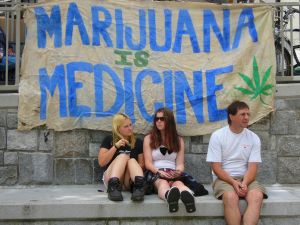 Will marijuana be considered medicine?

When you think of attorneys, you think of two people debating over an issue.  That is what litigators do.  They argue for their clients about a certain issue, and the judge makes a decision based on the arguments and evidence presented in conjunction with the law.  It is normal for a Jacksonville criminal lawyer to go head-to-head with a prosecutor at a hearing in court. Jacksonville criminal attorneys and prosecutors must also argue their opposing sides to the jury.  That is why we have “closing arguments” at the end of a trial, so we can set forth our argument.  You may see a criminal defense lawyer debating over an issue with a police officer or detective during cross-examination of that witness at a hearing or in trial.

While it is not unusual for Jacksonville criminal defense attorneys and police officers to disagree and debate, it is not normal for all lawyers to argue with police officers due to the types of law that they practice.  However, that is not the case for a Florida personal injury lawyer that has been very vocal in his effort to legalize marijuana used for medical purposes.  Personal injury attorney John Morgan has been a huge proponent for medical marijuana.  He makes this very clear on his For the People website stating:

“With the help of United for Care, attorney John Morgan has become the face of a statewide, grass-roots initiative to get the vote to legalize medical marijuana added to Florida’s 2014 general election ballot. If statistics are an accurate indicator, Florida may be the next state in line to legalize and regulate medical marijuana, following in the footsteps of 19 other states that have allowed patients suffering from serious medical conditions to benefit from the plant’s pain relieving powers…. With the newest petition to legalize medical marijuana making its rounds online and on the ground among voters, Mr. Morgan has made it clear that he intends to throw the entirety of his political and financial weight behind the cause. In addition to raising funds and awareness, Mr. Morgan plans to enlist an ‘Army of Angels’ that will go door-to-door with the hopes of getting more voters to sign United for Care’s petition.”

On Wednesday night, Morgan went to the University of North Florida as a part of his effort.  “During a meeting organized by the ACLU, Morgan stood before a crowd of potential voters. He outlined key points of Amendment 2 saying it will help those with debilitating medical conditions. Opponents argue that is not clearly defined in the amendment which voters will decide on during the November elections.”  Jacksonville Sheriff John Rutherford was also present at this meeting and spoke to potential voters.  He opposes Amendment 2.  He stated, “Everywhere Jacksonville had a pill mill we’re going to have a pot shop.”  Spectators watched and listened as Morgan and Sheriff Rutherford debated the issue.  Some of the spectators were parents of children that may benefit from medicinal marijuana.  Moriah Barnhart was one of those parents.  She has a daughter with brain cancer.  “She currently does treat little Dahlia with medicinal marijuana. But worries that if passed and regulated, Amendment 2 would force her to purchase what she says Dahlia needs, only from state licensed facilities. Barnhart says that’s something she won’t be able to afford….Both sides agree they’re fighting for a common goal which is to help those in need. But Barnhart says the question remains at what price will amendment 2 achieve that ultimate goal.” (First Coast News)

Until Amendment 2 passes and the law changes, possessing marijuana in Florida is still a crime.  It is also illegal to grow your own marijuana to use as medicine.