As a Jacksonville juvenile lawyer, I have represented children in juvenile court in counties in Northeast Florida for a variety of charges.  Sometimes, it is a child that is accused of committing criminal mischief in Jacksonville.  Other times, a child breaks into a building with some friends and ends up being arrested on Florida burglary charges.  Children and teenagers make mistakes.  Some teens experiment with marijuana.  If they are caught, they are arrested for possession of cannabis in Jacksonville.  I have represented many children in Jacksonville juvenile delinquent court on petty theft charges.  Children and teens do not think like adults.  Their brains are still developing, so they tend to act on impulse instead of thinking things through as an adult would.

I have had cases with juveniles that were arrested for Jacksonville battery for fighting at school.  I have also represented children that were arrested for fighting or affray when they were the ones that were attacked.  It is hard to explain to a child why they are being punished for defending themselves when we all have the right to self-defense in Florida.  Today, I read a story that made me think about juvenile cases that I have had in the past.  You have heard of the phrase, “words will never hurt you.”  The law does not allow you to use force or violence against someone for the use of words alone.  While there are some words that are meant to incite violence, we cannot let those words cause us to commit a crime, no matter how hurtful the words are. 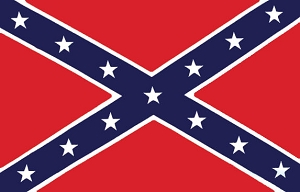 “Fletcher High football players waiting for practice to begin on Wednesday afternoon say they were taunted by a fellow student driving a truck flying a rebel flag. The players say truck passed by them several times on Seagate Avenue while they sat in front of the school’s field house. One player, who did not want his name used, said they were targeted by hate speech. ‘N word that was the most important thing,’ said the student surrounded by other players and concerned parents. Derrick Waters is one of those concerned parents who is upset that nothing was done. ‘Both targeted and taunted’ said Waters, whose son was on the receiving end of the verbal assault. ‘They were waiting for practice the guy pulled up with flag and taunted them and called them racial slurs,’ said Waters. Fletcher High principal Don Nelson said he was aware of the incident that happened after school and on a public street. He said there was nothing the school could do. Nelson says staff is keeping an eye out for anything students bring to campus such as a flag.”

One of the issues here is that the people in the truck have 1st amendment rights under the United States Constitution, but this is a disgusting display of those rights.  If the football players had become violent, many people would not have blamed them, but they would have ended up in the juvenile justice system.  They would have ended up needing a Jacksonville criminal attorney to defend them.  However, they took the higher road and showed their maturity level, which I am sure made their parents and teachers very proud.  Instead of using violence to solve their problems, they went to their parents and teachers.  They spoke to the media and in doing so, raise awareness of this issue that took place right here in Jacksonville Beach.  They did the right thing.