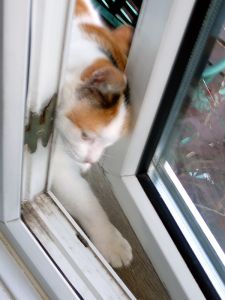 What constitutes burglary in Florida?

Burglary is a felony crime in Florida.  The Florida burglary law is Section 810.02.  This law defines burglary as:

Trespass is a lesser included offense to burglary.  Trespass is a misdemeanor in Florida.  The Florida trespass laws are Section 810.08 and 810.09. In some cases, a person is arrested for burglary when the person committed only a trespass.  Every case is fact specific.  When a Jacksonville criminal lawyer has a burglary case, she must look at the elements of the crime and compare them to the facts to find a defense.  A recent Clay County burglary case is a good example of a burglary case that may actually be a trespass.  Action News of Jacksonville reported:

“Deputies in Clay County arrested a homeless man who they believe broke into a fitness center to use the pool and bathroom. The Sheriff’s Office received an alarm call from LA Fitness on Wells Road last week. The responding deputy noticed the side glass door of the business had been smashed.  He later found a man hiding in the men’s restroom. Gary Ansell, 29, is facing one count of burglary. The Sheriff’s Office said he told investigators that he came to the area to beg for money and that another homeless person told him about the pool and bathroom at the fitness center. Investigators said, becuase the alarm sounded so quickly, they didn’t think he had time to swim or do anything else inside the fitness center.”

While we do not have all the facts, it looks like there may be a defense in this burglary case.  Clay County police officers arrested Ansell for burglary, but it appears that he did not have the intent to commit a crime inside the building.  His Clay County lawyer would need to investigate this burglary case further.  Although Ansell was arrested for burglary, the state attorney’s office makes the final decision on the charge.  The state attorney’s office will decide whether or not to file charges for burglary or trespass.  Often, when a Jacksonville criminal defense attorney has a case like this, she will speak to the state attorney prior to the charges being filed.