It is hard to believe that it has already been a year since Jacksonville criminal lawyers and the Duval County State Attorneys came to an agreement in the Cristian Fernandez case.  In March 2011, Cristian Fernandez was charged with first degree murder.  He was accused of murdering his two-year-old brother and charged as an adult.  Fernandez was was only 12-years-old.  In July 2013, his case came to a close.  His case returned to juvenile court and he pleaded to Florida aggravated battery.  After Fernandez serves approximately five years in detention, he has an eight-year probation sentence.

Fernandez’ case made national headlines and was discuss by many Jacksonville criminal lawyers as he was the youngest person in Jacksonville to be charged with murder as an adult. It looks like there is a chance that he will not be the only one. News4jax.com reported: 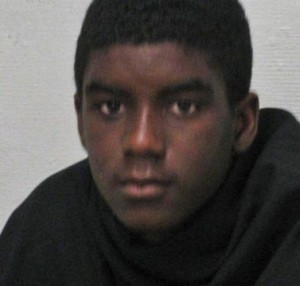 “A 12-year-old boy shot and killed a 54-year-old homeless man last month in a Westside parking lot, according to the Jacksonville Sheriff’s Office. Sharron Townsend is charged with murder in the death of Thomas Trent, who was found dead at a vacant business in the 7400 block of 103rd Street about 7:20 a.m. June 28. Police said Townsend shot Trent one time in the head. Police said surveillance video was obtained from a nearby business that helped them identify two persons of interest after receiving tips from the public. The video shows the two in the area at about 2:25 a.m. Investigators said one of them, 16-year-old Darrel Royal, was incarcerated in connection with an unrelated robbery, and when interviewed Wednesday night, he implicated Townsend. Police said they then interviewed Townsend, who they said admitted to shooting Trent with a .22-caliber gun. Police said the gun has not been recovered.”

While Townsend has been arrested for the homicide, it is up to the State Attorney’s Office to make a filing decision.  The state attorney could decide to charge him with murder as an adult.  While it is probably unlikely, considering the Fernandez case, the state attorney may file charges in Jacksonville juvenile delinquent court.  It is likely that lawyers and investigators on both sides are already working on this case.  We should see things unfold in the next couple of weeks.