Possession of less than 20 grams of marijuana is a misdemeanor in Florida.  If you are caught with a small amount of marijuana, you may be arrested or issued a criminal citation for possession of cannabis.  As Jacksonville criminal attorney, I have represented adults and juveniles in Duval, Clay, and St. Johns County for this charge.  While this crime is common, it is still serious.  Other people have been in the same situation.  USA Today reported: 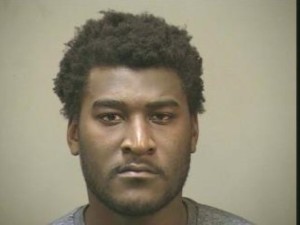 “Justin Blackmon, the Jacksonville Jaguars wide receiver under indefinite NFL suspension for violating the NFL’s substance abuse policy, was arrested Wednesday night in Edmond, Okla., for alleged marijuana possession and a driving violation, according to the Edmond police department…. Police said he was arrested at 6:22 p.m. CT. He was approaching an intersection that was stopped for a red light, and he was trying to get into the left turn lane, said Jenny Monroe, public information officer for the Edmond police. ‘So to do that he went around all of the parked cars … to get into that left turn, and one of our officers was at that intersection and saw it happen,’ said Monroe. Blackmon’s car was pulled over, and Monroe said the officer smelled the odor of marijuana from the vehicle. Blackmon said he did not have a driver’s license with him and did not respond when asked for identification, said Monroe. ‘He did go ahead and admit that there was marijuana in the vehicle,’ said Monroe.… Mr. Blackmon said he had been smoking a blunt marijuana (marijuana cigar) while he was driving and that there was another full blunt within the car in a box, and that’s exactly what our officer’s found in the vehicle.’”

Blackmon will not only face these charges in court, he also must deal with the NFL.  “In November of last year, Blackmon received the indefinite NFL suspension. He had earlier been suspended the first four games of the 2013 season for violation of the substance abuse policy.”  This is his third violation of the NFL’s substance abuse policy.  Now, he is facing an indefinite suspension.

As a Jacksonville juvenile lawyer, I have noticed that many teenagers do not understand the impact of a marijuana charge.  This may be attributed to many factors.  It could be the fact that athletes and celebrities are smoking marijuana.  It could be the legalization of marijuana in other states.  Perhaps it is the proposed legalization of medical marijuana in Florida?  Regardless, it is important for teens and young adults to understand that marijuana is not legal in Florida.  Even if “everyone is doing it,”  you can still be arrested and end up with a drug charge on your Florida criminal background.