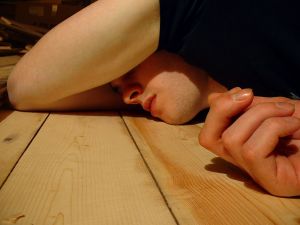 Knocking someone out has serious consequences.

Florida battery charges range from simple battery to aggravated battery in Jacksonville.  This is a violent crime and could lead to jail or prison time.  Over the past year, we have been hearing about a game called the “Knockout Game.”  Wikipedia gives a description of the this dangerous game:

“The ‘knockout game’ is one of many names given by American news media to assaults in which, purportedly, one or more assailants attempt to knock out an unsuspecting victim, often with a single sucker punch, all for the amusement of the attacker(s) and their accomplice(s). Other names given to assaults of this type include ‘knockout’, ‘knockout king’, ‘point ’em out, knock ’em out’, ‘bomb’, and ‘polar-bearing’ or ‘polar-bear hunting’ (allegedly called such when the victim is white). Serious injuries and even deaths have been attributed to the ‘knockout game’.”

A Jacksonville man was the victim of the knockout game on Saturday night.  News 4 Jax reported:

“A man was assaulted in Riverside on Saturday night in front of his girlfriend, near their home, and they told police they believe he was a victim of the ‘knockout game.’…According to the Jacksonville Sheriff’s Office report, the young couple was walking down College Street shortly before 11 p.m. Saturday. The victim and his girlfriend were approached, and the man was punched on the right side of his face…. The man and woman spotted three men walking in their direction, then realized they were being followed. The report said that the woman grabbed her can of Mace from her purse, and then her boyfriend was punched, causing him to stumble to the ground…. The woman told police that she tried to spray the men with her Mace but that it didn’t work and that the men jumped in a car, which was being driven by a woman, and drove away.”

This is not the first time that a battery has occurred in Jacksonville as part of the knock out game.  “A few months ago, Michael Carraway was attacked in a similar way. Carraway was at a gas pump on Merrill Road when he was blindsided and punched by a stranger.”

The Jacksonville Sheriff’s Office is likely searching for perpetrators.  If young adults or teenagers are doing this, they need to realize the consequences of their actions.  This is a violent crime.  While they may intend on hitting someone without causing damage, they may cause serious bodily injury or even death.  This is not a game.  There is nothing fun or funny about it.  It is a criminal offense that could lead to a prison sentence and a Florida criminal record.