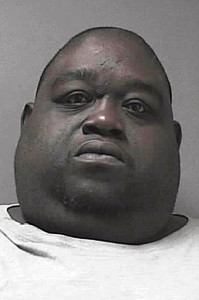 Arrest for Possession of Marijuana and Cocaine

“A central Florida man who weighs about 450 pounds faces multiple charges after sheriff’s deputies say he hid cocaine and 23 grams of marijuana under his ‘stomach fat.’ According to a news release, a Volusia County sheriff’s deputy stopped a vehicle Friday after noticing that the passenger wasn’t wearing a seatbelt. Officials say 42-year-old Christopher Mitchell told the deputy that he’s too big to wear a seatbelt. The deputy says he requested a drug-detecting dog because Mitchell and the driver appeared nervous. The dog detected the presence of drugs in the vehicle.”

One of the things that the Florida criminal lawyer defending this case will want to look into is the K-9 search.  There are certain search and seizure laws that apply to K-9 searches.  The news article does not give enough information to make a determination as to whether or not there was a police violation, but it is worth an investigation.

As for the drugs, this looks like an actual possession case for Mitchell, as deputies claim that the cocaine and marijuana were physically on him.  “In addition to the drugs on Mitchell, deputies say they also found a handgun and $7,000 in cash in the vehicle.”  It appears that Mitchell was not in actual possession of the firearm and money.  These items could have belonged to either person.  These two men will want different Florida criminal defense attorneys, because they may have a conflict of interest.