If you were arrested for battery in Fleming Island, you would hire a Clay County attorney to help you with your criminal case.  If your child was arrested in Duval County for possession of drug paraphernalia, you would hire a Jacksonville juvenile lawyer for your son or daughter.  If you were arrested for burglary in Ponte Vedra, you would certainly seek out a St. Johns County attorney.  These are obvious cases in which the defendant has been charged with a crime, so it makes sense to hire an attorney.  If you were doing a good deed, you would not expect to need to hire a Jacksonville criminal lawyer due to your actions, but it appears that no good deed goes unpunished.  Today, I read about a case out in which a couple was fined for feeding the homeless in Daytona Beach.   This story stated: 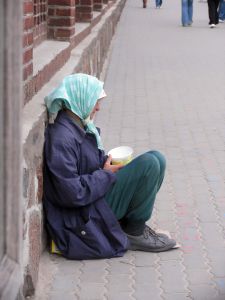 “A couple who retired from their management jobs to care for the poor vow to wage a tenacious legal fight after being fined more than $300 each for violating a local law. Debbie and Chico Jimenez openly admit committing the act that earned them two citations each: feeding more than 100 homeless people in Daytona Beach. Police in Daytona Beach also threatened them with arrest and incarceration, if they offer any more of their home-cooked meals at Manatee Island Park, a gathering the Jimenezes say they’ve hosted every Wednesday for the past year.”

Debbie Jimenez stated, “We were given 10 days to either pay the fine or tell them we’re going to court. We’re going to court. The police don’t like it. But how can we turn our backs on the hungry? We can’t.”  She and her husband “run a ministry to help people in poverty.”  They were each given tickets charging them a fine of $373 a piece.  Four other people were also ticketed “for feeding about 100 homeless people.” The fines totaled $2,238.  The police were reacting to complaints from local residents.  It has been alleged “that some homeless people gathering in the park were defecating and urinating on the grounds, and that some were showing up drunk at dawn.”

A similar case occurred in Jacksonville FL 3 years ago. A church seeking to feed and minister to the homeless along with “members of In the Word International cooked enough food for 200 people.”  They brought the food to Hemming Plaza in downtown Jacksonville on a Saturday morning.  They were going to give more than meals.  They also collected blankets and clothing to distribute.  They were told that they could not distribute the items without a permit due to a Jacksonville city ordinance.  The police cited Jacksonville municipal ordinance 250.503.  However, there is also the Jacksonville city ordinance 250.123.  This “ordinance says that churches are excluded from permitting requirements because of ‘bona fide First Amendment religious motivations,’ as long as they’re not feeding the homeless in a residential zone.” “In the end, the members were allowed to pass out their meals as long as they approached people individually and didn’t let them form a line.” (Jacksonville.com)

It appears that Florida is not alone when it comes to this type of prohibition.  Many other states have similar laws.  Read the Coalition for the Homeless for national stories.