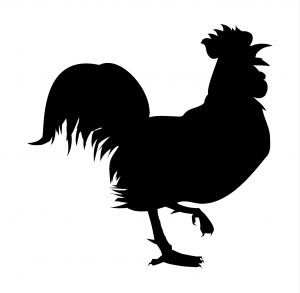 Almost two months ago, a large fight occurred “outside the Orange Park Mall and AMC 24 theater on Wells Road” on a Saturday night around 9:30 p.m.  The crowd was told to leave the Orange Park Mall.  Instead of leaving the area completely, “about 40-50 juveniles left and went instead to the Chick-fil-A restaurant across the street. A short time later, deputies received calls reporting shots fired outside the restaurant.”  When the first police officer arrived, “a 14-year-old boy fled from him. He was pursued on foot by the deputy and arrested, but his identity was not released.”  Florida juvenile delinquent criminal records are not open to the public.  I do not know why the boy was arrested.  He was not arrested for firing a shot.  I am assuming that police arrested him for Florida resisting an officer without violence for fleeing.  There are defenses to this crime based upon the circumstances surrounding the teenager’s arrest and officer’s actions.  The teenager will need to relay all of the facts to his Jacksonville criminal lawyer in order to defend the juvenile case.

Other police officers from the Clay County Sheriff’s Office arrived at the Chic-fil-A “and the crowd of juveniles dispersed, deputies said. They said the group did cause property damage, including broken glass on doors and overturned furniture, to the restaurant.”  (News4jax.com)

Channel 4 News of Jacksonville reported more about the case today.  “A 15-year-old from Jacksonville has been arrested in connection with an incident in which a shot was fired outside an Orange Park Chick-fil-A last month.  The teen is charged with felony vandalism…. The 15-year-old is the second teen from Jacksonville to be arrested in connection to the incident.”  Although he was not charged with a Florida firearm’s crime, felony vandalism is serious crime.  He could face severe penalties.  The Florida vandalism law is Section 806.13. This is also know as criminal mischief in Jacksonville.  The law states:

The Florida criminal mischief law also creates a problem for the juvenile’s parents.  The law provides, “if a minor commits a delinquent act prohibited under paragraph (a), the parent or legal guardian of the minor is liable along with the minor for payment of the fine.”  The court may make exceptions in certain circumstances.  This charge could also result in a suspended Florida driver’s license for the juvenile.

With two juveniles being arrested in connection with this incident in Clay County, there may be more to come.  In many Jacksonville juvenile criminal cases like this, the police normally question the child prior to making the arrest.  It is important to remember that juveniles have constitutional rights just like adults.  They have the right to speak to a Florida criminal attorney.  They have the right to remain silent.  There is nothing wrong with speaking to a Clay County lawyer before talking to the police.  To talk to a Clay County attorney, call (904) 564-2525.