Today, First Coast News of Jax ran a story about a drug investigation that led to several drug arrests in Duval County.  Several people were arrested on drugs and weapons charges.  The story stated: 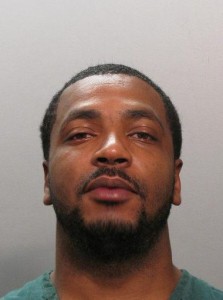 “Jacksonville Sheriff John Rutherford announced a long term drug investigation called Operation Deja-Vu Tuesday morning. The investigation began in the beginning of 2013…. Ten suspects have been arrested in connection with operation Deja-Vu. Additionally four guns, $386,291 and multiple vehicles were seized. A search warrant was also issued for a warehouse that was discovered in the investigation where eight kilos of cocaine, $104,000 cash and two handguns were found. The street value of cocaine seized is approximately $500,000 if sold by the kilo.”

The police investigation went beyond a drug ring in Jacksonville FL.  It appears that “drugs were coming to Jacksonville from Miami and Texas.”  However, the story did not state whether or not people were being prosecuted in other states or counties.  It also did not state whether other agencies were involved in the investigation.  The story did report a list of people that were arrested locally. “Arrested so far in operation Deja-Vu include 36-year-old Cedric Leonard Sapp, Alexander Michael Loscalzo, 23, Samantha Elisa Colon, 28 and 30-year-old Kenneth Donald Caldwell. Jerrold A. Mills, 39 and 29-year-old Jackie Lee Wyman are facing deferred arrests.”  The Jacksonville Sheriff’s Office is still looking for one man that may be “connected to the investigation who has been identified as 33-year-old Jamael Tyson. Tyson is wanted on a $100,000 bond according to JSO.”

Each defendant likely has a different Jacksonville criminal attorney representing him or her.  When it comes to cases like this with multiple defendants, it is usually in the best interest of the client for each of them to have separate Jacksonville criminal lawyers.  Often, defendants will flip stories on one another.  The article stated that some cases have been deferred.  This could be due to negotiations between the Duval County State Attorney’s Office and the Jacksonville lawyers defending the case.