Last week, I wrote an article on the Jacksonville lawyers website about a law working its way through the Florida legislature (Read Marissa Alexander Case Inspires Florida Self Defense Law).  This law would expand on Florida’s self defense laws.  The Florida House of Representatives have “passed a bill that would expand the self-defense law to include threatened use of force — including showing a gun or firing a warning shot.”  This law would extend the ability to use Florida’s stand your ground law in situations in which a warning shot is fired.  The Jax Daily Record reported: 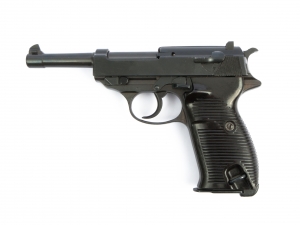 “The measure (HB 89) by Rep. Neil Combee, R-Polk City, would extend immunity to people who threaten to use force in self-defense the same immunity already in law for those who actually shoot people in response to perceived threats. It passed in a 93-24 vote after a floor debate filled with the names of people associated with gun-related crimes that sparked public outrage in Florida, especially Marissa Alexander, a Jacksonville woman who faces the possibility of 60 years in prison for firing a shot into the wall during a domestic dispute. The proposal has become known as the ‘warning shot’ bill, although Combee said Thursday that people who call it that ‘do a terrible disservice to the general public if they put the notion out that this bill somehow or other authorizes or encourages warning shots, because it does not.'”

The house debate lasted approximately two hours.  However, the warning shot bill was not the main subject of the debate.  Instead, the focus of the debate “centered on an amendment by House Minority Leader Perry [Thurston], D-Fort Lauderdale, that sought to repeal the ‘stand your ground’ law.” Ever since Trayvon Martin’s death and the George Zimmerman trial, there has been a constant debate as to whether Florida’s stand your ground law should be repealed or amended.  Thurston argued that due to this Florida self defense law, “Innocent people have been killed and the perpetrators have been able to walk away. … ‘Stand your ground’ encourages citizens to use force if they ‘feel’ threatened even if no real threat exists.”

Jacksonville’s representative, Reggie Fullwood, argued that this law is hurting the black community and killing innocent young men.  “But Rep. Matt Gaetz, R-Fort Walton Beach…. took issue with such arguments by the law’s opponents.”  He stated, “In 90 percent of the cases where there is an African American decedent, the shooter — or killer — is also African American…. While African-Americans constitute about 17 percent of the population in the state of Florida, they account for over 31 percent of assertions of the ‘stand your ground’ defense. …And African Americans are 8 percent more likely to prevail when asserting a ‘stand your ground’ defense than Caucasians.”

Thurston’s amendment to the Florida stand your ground law did not come close to passing.  It failed in an 83-31 vote, but I am sure that this will not end the debates and protests over the law.  This is especially true with Michael Dunn’s Jacksonville murder trial still pending in Duval County.