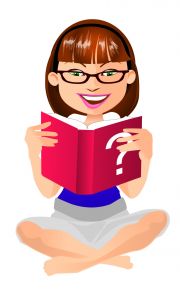 When you are arrested, this creates a record.  Even if the charges are dropped, there is an arrest record.  Most background checks show all prior arrests on an adult’s criminal record.  That means that if you were arrested for a felony, it may show up on your background check even after the charge was bumped down to a misdemeanor.   If you want to erase the criminal record, you must seal or expunge it.  In order to seal or expunge your Florida record, you must be eligible and meet certain requirements.

As a Jacksonville criminal attorney that seals and expunges records, the main problem that I see people run into is a conviction on their records.  People will plead guilty or no contest to a charge and be adjudicated guilty by the court.  Then, they are automatically ineligible for a record seal or expunction.  Florida Statute Section 943.0585 prohibits anyone from expunging a criminal record if the person has ever been convicted of a crime.  Florida Statute Section 943.059 prohibits anyone convicted of crime from sealing his or her criminal record.  Both laws specifically state that the petitioner must swear that he or she “has never, prior to the date on which the petition is filed, been adjudicated guilty of a criminal offense or comparable ordinance violation, or been adjudicated delinquent for committing any felony or a misdemeanor.”

When I represent someone on a case, I am always thinking about whether or not we will be able to clear the record when we are done defending the case.  In order to do this, we must avoid the conviction.  As you can tell by the law listed above, it is important to dispose of your case properly in order to seal or expunge your Florida criminal record.  This is something that you should talk to your Jacksonville criminal lawyer about when you are trying to decide how to take care of your case.  If you have questions, you can call 20 Miles Law at (904) 564-2525 or send an email to Find a Laywer.