As a Jacksonville juvenile lawyer, I have represented many teenagers in Duval, Clay, and St. Johns County.  In my experience as a Jacksonville criminal attorney helping juveniles, I do not see many juveniles become repeat offenders. Some teenagers go through a period in life where they make mistakes and end up being arrested.  In some cases, the child is hanging out with the wrong crowd.  Other times, the teenager experiments with drugs or alcohol.  This could lead to Jacksonville possession of drug paraphernalia or marijuana charges.  Young people think differently than adults.  They tend to act on impulse.  An honest child may shoplift an item from a store on an impulse resulting in Jacksonville petty theft charges.  This does not mean that the child will grow up to be a thief, but the problem should be addressed. 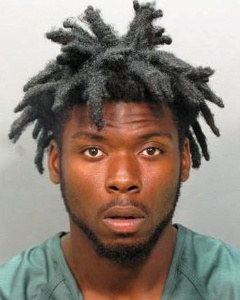 The bottom line is that children will make mistakes.  Most of them do not reoffend.  Some of them do though.  This is usually what we see in the paper.  The success stories do not make headlines.  I have never had a local news channel call my Jacksonville law office looking for a story about a juvenile that has been arrested and that is now in doing well.  The headlines have a tendency to focus on more violent crimes.  For example, Channel 4 News reported on a Jacksonville aggravated battery case involving an 18-year-old boy that had been involved in the Jacksonville juvenile delinquent system as a child.  Aaron Wallace is 18-years-old.  He “was convicted this week on two counts of attempted aggravated battery and one count of possession of a firearm by a juvenile found to have committed a felony act.”  That means that he had a prior juvenile case in which he adjudicated delinquent of a felony juvenile crime.  The news article stated, “In March, two female victims, one of whom has a child with Aaron Wallace, went to his home to retrieve a Wii gaming system. After a brief verbal disagreement, the two girls left in their vehicle. As they drove away from Wallace’s home, he pulled out a gun and fired two shots at the vehicle. The victims were not hurt in the shooting.”

Wallace is now facing “a 20-year minimum-mandatory sentence for each of the two counts of attempted aggravated battery. Wallace was on probation at the time of the shooting for a prior felony battery charge. He now faces additional time for violating his probation.” Wallace had previously been accused of violating his Jacksonville probation, but was permitted to continue his probation sentence.  Both the violation of probation case and aggravated battery criminal case were passed until the week of February 24th for sentencing.  Although Wallace is only 18-years-old, he will be facing a prison sentence.  While the previous cases and probation sentence show that the courts were leaning in the direction of rehabilitation, the sentence in this case will likely be geared towards punishment.

In my career as a Jacksonville juvenile attorney, I have stated that the parents’ involvement is key for a child’s success.  The sad part about this case is that Wallace has a child.  That child’s father will be in prison instead of being there for his child.