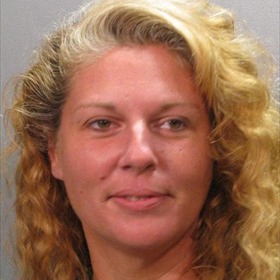 Local police have been investigating a Jacksonville grand theft and credit card fraud case.  While they have a suspect, they have not made an arrest yet.  They have issued a warrant for a woman’s arrest in connection with the case.  She should speak with a Jacksonville criminal lawyer before talking to police.  If she turns herself in, the police may try to interview her without a Jacksonville lawyer present.  If this is the case, she is going to want to avoid making incriminating statements.  A Jacksonville criminal attorney will be able to help her with this.  The warrant has already been issued and the Jacksonville Sheriff’s Office is obviously looking for her.  Action News Jax posted an article stating, “Anyone who has information on the whereabouts of Matarazzo or the unnamed person also wanted is asked to call Crime Stoppers at 866-845-TIPS. All callers can remain anonymous and receive up to a $3,000 reward for any tips leading to an arrest.”  This may cause people that she knows to give her location to police.  Therefore, the sooner she speaks with a Jacksonville criminal lawyer, the better.  She could be arrested at anytime.

Action News gave some details about the case.  “The Jacksonville Sheriff’s Office is looking for two people after a robbery that turned into a credit card fraud spree.”  One of the suspects is Heather Matarazzo.  Police have alleged that she “and another person got into a dispute over $10 on Oct. 2 of last year.”  This dispute is what “led to Matarazzo and the unnamed suspect stealing the victim’s wallet.  Detectives believe Matarazzo then used the victim’s credit card to make purchases totaling more than $1,000. Detectives also say Matarazzo took $580 from the victim’s account at an ATM.”  She is facing felony charges for these crimes.  I do not know her bond amount, but it is usually based on the charges and the defendant’s criminal record in Florida and elsewhere.

The article stated that “the victim in the case is not pressing charges for the wallet robbery. However, a warrant has been issued for Matarazzo for grand larceny and unauthorized credit card use.”  The fact that the victim does not want to press charges tells me that there may be a close connection between Matarazzo and the victim.  If I were the Jacksonville attorney defending the case, I would want to speak to the victim in this case.  There may be more to the story that is being reported.