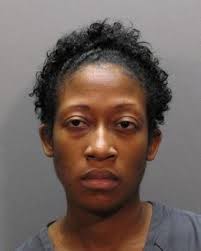 On Friday, two Jacksonville criminal lawyers will argue over a motion revoking a defendant’s bond.  Motions to revoke bond are filed often in Duval County and all over the state of Florida.  If you bond out of jail, you must comply with the terms of your release.  You may have special conditions for your bond.  You may be assigned to the pretrial services, so you must report to an officer as if you were on probation in Jacksonville.  The judge may place conditions on your probation that prohibit the consumption of alcohol.  This occurs often in Jacksonville DUI cases.  In a Jacksonville domestic violence case, the judge will usually prohibit contact with the alleged victim.  If you are arrested for a new law violation while you are out of custody on bond, this may cause the state attorney’s office to file a motion to revoke your bond.

While bond revocation hearings do not normally attract media attention, there is a case that will cause many cameras to be at the Duval County Courthouse on Friday.  First Coast News stated:

“A motion was filed by State Attorney Angela Corey to revoke the bond of Marissa Alexander. As a condition of her release, Alexander was to remain on home detention, however the motion sites numerous times she allegedly left her home to run errands. Alexander was released on bond Nov. 27 while she awaits her new trial for firing a gunshot during a confrontation with her now ex-husband. A hearing for this motion is set for Friday at 9 a.m.”

Alexander was released from custody the day before Thanksgiving after a Florida Appeals Court Reversed Alexander’s Jacksonville Murder Conviction.  Her bond was $200,000 and she was placed on house arrest using a GPS monitor.  Her attorney expected her “to remain out of jail until her hearing. Channel 4 News of Jacksonville listed the special conditions of her release which may also be found on the Duval County Clerk of Courts’ website:

It appears that the state attorney’s office is alleging that Alexander violated the third special condition listed above.  If Alexander did in fact violate a condition of her release, Judge Daniel may take her into custody and hold her without a bond while her case is pending.  You do not want to violate a condition of your bond, but if you do, talk to your Jacksonville criminal attorney as soon as possible.