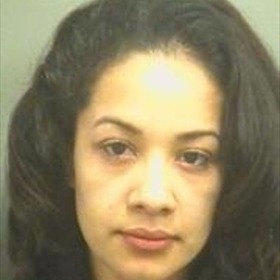 Most of us have received Jacksonville traffic tickets or speeding tickets in the past.  It is not unusual to receive a traffic violation citation in Duval County.  A speeding ticket does not make front page news often, but one woman in South Florida did.  UPI reported the story about a Florida speeding ticket that turned into a Florida drug trafficking charge.  UPI stated:

While the article did not report how Salinas allegedly violated the terms of her release, it did give a summary of the facts of the original incident:

“A Palm Beach County Sheriff’s Office report of the 2012 incident said Salinas was clocked driving at 75 mph — 25 mph over the posted speed limit. During the ensuing traffic stop, a deputy noticed that Salinas was not wearing a top and her car smelled of marijuana. The deputy told Salinas to cover up and called a drug detection dog to the scene. The dog indicated there were drugs at the scene and deputies searched Salinas’ car — and deputies found powdered and crack cocaine, as well as more than $1,000 in cash in Salinas’ car and arrested her on a trafficking charge.”

Florida law prohibits the possession of certain types of drugs and controlled substances.  If you are driving around with drugs in your car, you are more likely to get caught with them.  Even if police find only a small amount of marijuana in your car, you will still be charged with possession of cannabis in Jacksonville.  A drug arrest may also cause a Florida drivers license suspension.  Speeding with illegal drugs in the car is a bad idea.  Salinas was charged with drug trafficking in Florida.  This means that she had a somewhat large amount of drugs in her car.  Driving 25 miles over the speed limit is a good way to get pulled over by the police.  Being topless in a car that smells like marijuana is a good way to draw attention to yourself.