Almost a month ago, I wrote an article on this Jacksonville criminal defense lawyers website about a Florida traffic ticket scam in Clay County.  The article was titled Scam Calls to Pay Clay County FL Traffic Tickets.  It discussed fraudulent calls that were made to Clay County residents.  A man called posing as law enforcement.  He demanded that the residents pay the fines, otherwise they would be arrested. 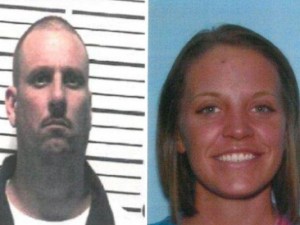 Yesterday, FOX 30 News in Jacksonville reported on a similar story.  I am not sure if the cases are related or if the same suspect is in involved.  Both cases are about a caller scamming money from Clay County resident for alleged Florida tickets.  The article stated that Daniel Floyd made calls to several people in Clay County demanding money for red-light camera citations.  The caller pretended to be a lieutenant from the Clay County Sheriff’s Office.  “Claiming red-light cameras caught the violations, the caller demanded prepaid credit card payments from at least 13 elderly victims in Clay County.”  Action News of Jacksonville spoke with 76-year-old Joanne Bell.  She “is one of more than a dozen people in Clay County who got the same call.”  The caller told her that she was caught running “a red light on Route 17 in Orange Park.”

“Victims all say the caller claimed to be someone named Lt. Tony Little from the Clay County Sheriff’s Office.” As a Clay County attorney, I have never spoke to a Tony Little from the Sheriff’s Department.  The only Tony Little that I am familiar with is the television personality from fitness infomercials.  However, there are a lot of police officers that I have never met in the area.  Additionally, Floyd appeared to target an older portion of the population that would likely not recognize the name.

Floyd is not a police officer.  Instead, he is “an inmate calling from a Georgia state prison in Pelham on a cell phone he was hiding behind bars.”  According to Clay County Sheriff Rick Beseler, “A total of about $1,500 to $1,700 were paid by citizens of Clay County … in this scheme to defraud.”  “Floyd is charged with impersonating an officer and schemes to defraud along with his girlfriend, Ashley Dean, who was helping him from outside the prison, according to investigators.”

Floyd is currently serving 20 years in Georgia for armed robbery. His girlfriend was not serving a prison sentence.  She is facing a Florida prison sentence as “Clay County is now trying to extradite [Floyd] and his girlfriend to face charges in Florida.”  Due to the possible conflict of interest, Floyd and Dean may need separate Jacksonville criminal lawyers for this case.  They may have conflicting stories or point the finger at one another.  If this is the case, one Jacksonville criminal attorney cannot represent the both of them.