As a Jacksonville criminal lawyer, I go to court often.  I may be handling a Florida juvenile delinquent case in Clay County.  I may be representing someone in St. Johns County on Florida burglary or theft charges.  Today seemed like a normal Thursday at the Duval County Courthouse, but it was not.  There were several news vans parked outside at 9:00 a.m.  When I entered, the metal detectors and security check points were all backed up.  I expected the inside of the courthouse to be crowded, but it was not.  I went to one court room to represent a client on a Jacksonville habitual traffic offender case.  The courtroom was not crowded.  I went to another floor to check on a felony Florida record seal that I am working on.  Again, it was not crowded.  Why were all of these people at the entrance?  Why were there so many news vehicles in front of the building?  Where was everyone?

When I returned to my Jacksonville law office, I found the answer to my question.  I went on news4jax.com and Michael Dunn’s murder case was on the home page.  I learned that Judge Russell Healey ruled on several motions today.  The news reported: 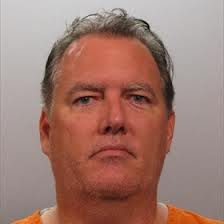 Michael Dunn is due back in court next month.

“Because Judge Russell Healey wants to make sure this case goes to trial as scheduled Feb. 3, he set aside Thursday and Friday to address all the pretrial motions that have been filed.  Healey denied a defense motion Thursday to take the jury to the scene, citing security and logistical issues and the inability to recreate the scene.  Healey granted a defense motion to ask family, friends and supporters attending the trial to not wear supportive clothing. State Attorney Angela Corey said Davis’ family has agreed to comply.  The judge also granted the state’s motion to allow Ron Davis, Jordan’s father, to remain in the courtroom during the trial. Healey said he doesn’t have to sit on the front row to alleviate defense concern of influencing the jury.”

Dunn’s defense attorney stated, “My concern was the prejudice in front of the jury to have them sit there every day of the trial for a week two weeks, then take the stand and sit back down…. My biggest concern as Mr. Dunn’s attorney is that he gets a fair trial under the Sixth Amendment of our Constitution and that the jury not be swayed by having someone sitting there every day and then giving them extra credibility because they have seen them every day.”

As a Jacksonville criminal attorney, I have another concern about witnesses listening to other witness’ testimony before they testify.  The witnesses will be able to hear each other testify.  That means that they may change their stories before taking the stand in order to bolster the credibility of another witness.  Quite often, I can impeach the prosecution’s witnesses based on their stories conflicting with one anther.  If they are able to hear each others’ testimony, they may change their stories to make sure that their testimonies do not conflict.

Jordan’s father is not the only one that will be permitted to sit in the courtroom although he is a witness in the case. “One of the other victim’s mothers, Mrs. Brunson, will be allowed to stay in the courtroom too before and after testifying.”  Judge Healey stated that he would try to remedy any issues by working “with the defense of where she will sit. To alleviate defense concerns about her talking to her son before or after they testify, the judge will work to have them testify on the same day.”  I do not personally believe that this will solve the problem of the witnesses hearing each others testimony.

If you are not familiar with the Michael Dunn case, read Southside Jacksonville Florida Shooting Murder Charges on the Jacksonville lawyers page.  Dunn was arrested for murdering Jordan Davis at a gas station in Duval County.  He has claimed that he acted in self defense under Florida’s laws.