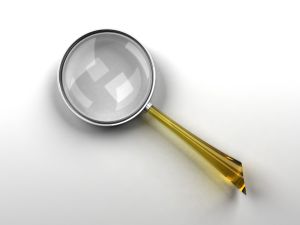 The George Zimmerman case is in the national spot light once again.  This Florida self defense murder case began with a shooting in Sanford FL.  This lead to an investigation into Travyon Martin’s death and eventually Zimmerman being charged with murder.  Although Zimmerman was acquitted, several investigations spawned from his case.  His ex-wife, Shellie Zimmerman, was under investigation.  She was accused of committing felony perjury for lying during her husband bond hearing.  As part of a plea bargain, she pleaded guilty to misdemeanor perjury in return for a Florida probation sentence. Read Zimmerman Pleads Guilty in Florida Criminal Case on Jacksonville lawyers website for more on this story.

There were also allegations of prosecutorial misconduct.  CBS News reported that “Fourth Judicial Circuit Information Technology Director Ben Kruidbos said that he discovered the additional texts and photos that weren’t included in a report sent to the defense team after requesting a source file from the Florida Department of Law Enforcement.”  Kruidbos was fired after testifying to this.  He filed a lawsuit against the Duval County State Attorney Angela Corey.  Kruidbos’ attorney has alleged that his client was wrongfully terminated and the state attorney broke the law.  Read Duval County State Attorneys Office Lawsuit After Zimmerman Trial for more on the story.

The newest investigation stemming from the Zimmerman case will be particularly interesting to other Jacksonville criminal lawyers.  This is because “the Florida bar is investigating a complaint against George Zimmerman’s high-profile defense lawyer, Mark O’Mara.”  The public does not know the details of the complaint, because “Florida bar officials wouldn’t disclose the exact nature of the grievance.”  The FL Bar did disclose that it “has one case pending at staff in regard to attorney Mark O’Mara’s representation of George Zimmerman…. All other information is confidential at this time, as is the case with all open investigations.”

It is not unusual for an attorney to have a bar complaint.  This does not mean that O’Mara committed any type of crime or wrongdoing.  It merely means that someone has filed a complaint.  Anyone can file a complaint and the Florida Bar will investigate it to see if it has merit.  The name of the person that filed the bar complaint against O’Mara has not been released.

US News reported on O’Mara’s legal interactions with Zimmerman:

“O’Mara has not represented Zimmerman in his last two brushes with the law, domestic violence accusations by estranged wife Shellie Zimmerman and girlfriend Samantha Scheibe. Neither incident led to criminal charges. O’Mara, who normally charges $400 an hour, has said he and co-counsel Don West have not been paid for more than 3,000 hours of work each of them did on the trial. Last month, another lawyer said Zimmerman was $2.5 million in debt, and O’Mara said most of that is legal fees. The lawyer has an agreement with Zimmerman that if he ever has the money, O’Mara will get paid.”