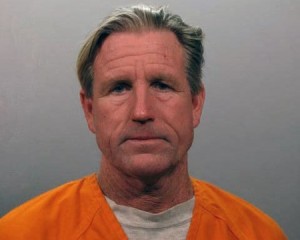 I wrote an article approximately a month ago on the Jacksonville lawyers website discussing Tim Deegan’s arrest for DUI in Jacksonville FL.  The article was titled Tim Deegan Arrested for DUI in Jacksonville Florida.  Deegan is a meteorologist for First Coast News.  He was arrested for driving under the influence of alcohol.  He submitted to a breath test.  The breath test results were a breath alcohol level of .181 and .179.  He appeared for his arraignment on November 26.  At his arraignment court date, he pleaded not guilty.  His case was passed to December 10 for his arraignment.  This is normal for most criminal cases.  When Jacksonville criminal lawyers have a case, they want time to investigate the charge.

Today, Deegan entered a plea of no contest (also known as nolo contendere) to the charge of driving under the influence.  First Coast News reported the story stating: “In court Tuesday morning, Deegan was sentenced to 12 months probation, his license suspended for six months and 50 hours of community service. In forgoing a trial, Deegan must also pay court costs and fines of $1,031 and attend DUI school.”

There are minimum mandatory conditions for DUI sentences in Florida.  If you are sentenced after pleading to your first DUI in Duval County, you will face a mandatory Jacksonville probation sentence.  This sentence includes 50 hours community service.  There is also a mandatory fine and court costs.  You are required to take Level on DUI School.  While your vehicle may not be technically impounded, there is a constructive impound.  You must turn the tag of your car in for 10 days.  Your license will be suspended for 6 months.  If you refused the breath test, you are looking at a 12 month Florida drivers license suspension.  Florida’s DUI laws also require that you complete the Victim Impact Panel.

What if you were arrested for DUI, but you pleaded guilty to Jacksonville reckless driving?  You may still be able to seal your record.  This will depend on whether or not your were convicted of the crime.  If you would like to seal or expunge a DUI arrest that did not result in a conviction, call 20 Miles Law at (904) 564-2525.  Speak with a Jacksonville criminal attorney with experience defending DUI cases and clearing Florida criminal records.