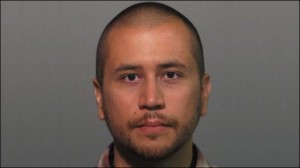 Over the summer, Jacksonville criminal lawyers and people all over the nation watch the Trayvon Martin murder trial.  A jury, based upon the evidence or lack thereof, found George Zimmerman not guilty.  Zimmerman’s lawyers argued that he was not guilty, because he acted in self defense in Florida.  Although he was acquitted in July, Zimmerman has been in the media’s eye.  His wife pleaded guilty to felony charges stemming from Zimmerman’s murder case.  Read Zimmerman Pleads Guilty in Florida Criminal Case for more information.  His wife filed for divorce.  His wife accused him of damaging her personal property and attacking her father during a domestic dispute.

Zimmerman not only has a new girlfriend, but he also has a new legal problem.  Channel 4 News in Jacksonville FL reported:

“George Zimmerman will find himself back in court in front of a judge once again Tuesday afternoon. The former neighborhood watch volunteer was arrested Monday afternoon, accused of accused of assaulting his girlfriend with a shotgun, breaking a table and shoving her out of her own home. Zimmerman is in custody in Seminole County, being held without bond on charges of aggravated assault, battery, domestic violence and criminal mischief.  Deputies there were called out to his girlfriend’s home near Apopka.”

Florida aggravated assault is a felony charge.  The same is true for aggravated battery in Florida.  Florida criminal mischief charges may be a felony or misdemeanor depending on the amount of damage involved.  Normally, Florida domestic violence charges are misdemeanors.  However, if the domestic battery is aggravated due to injuries or the use of a deadly weapon, it is a felony.

According to the news article, it appears that Zimmerman’s girlfriend is accusing him of using a gun.  Not only will this result in aggravated assault and battery charges with a firearm, but it can also subject him to the 10-20-Life law in Florida.  Samantha Schiebe, Zimmerman’s girlfriend, made the call to 911 stating:  “He has his freaking gun, breaking all of my stuff right now.”  She also stated in the 911 call, “I’m doing this again? You just broke my glass table, you just broke my sunglasses, and you put your gun in my freaking face?….Get out of my house! do not push me out of my house… are you kidding me? He just pushed me out of my house and locked me out!”

Zimmerman also made statements on a 911 call.  He allegedly stated, “Yes, it’s her house. She’s got a 9mm. I mean, I have my firearms. She was throwing my stuff out and in one of the bags was one of my firearms. I never pulled a firearm, I never displayed it. When I was packing it, I’m sure she saw it. We keep it next to the bed.” He told the police that, “he was trying to avoid a fight with Schiebe, because she is pregnant with his child, but Schiebe told investigators she is not pregnant.”

At this time, Zimmerman should not make any more statements.  He needs to speak with a Florida criminal attorney first.  He is being charged with felonies and could end up in prison over this domestic dispute.  His girlfriend may apply for a Florida restraining order if she legitimately fears violence.  If a court were to issued the domestic violence restraining order, Zimmerman would not be permitted to possess a firearm.