In Florida, vandalism is known as criminal mischief.  If you are arrested for vandalism in Jacksonville, you will be charged under Florida Statute Section 806.13.  This Florida law states:

4. If the person has one or more previous convictions for violating this subsection, the offense under subparagraph 1. or subparagraph 2. for which the person is charged shall be reclassified as a felony of the third degree, punishable as provided in s. 775.082, s. 775.083, or s. 775.084. 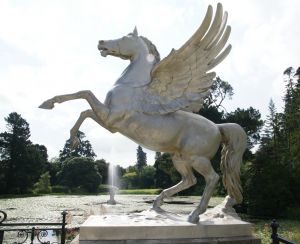 Jacksonville Beach police are searching for two criminal mischief suspects now.  News4jax reported that the “white Pegasus in front of the Beaches Animal Clinic has been a landmark for a little more than 50 years, but it now has a different look because of vandals. Clinic staff noticed the statue was damaged when they showed up for work Nov. 11.”  The news article stated that the statue would cost over $1000 to repair.  If the suspects are arrested, they will face felony charges.  The sooner they talk to a Jacksonville criminal attorney, the better.  It appears that the victim is very upset about the vandalism.  Dr. William Daniel stated, “I would love for them to be caught and prosecuted because it’s a lot of damage, and plus, people get away with too much…. I’m tired of people getting away with everything. There needs to be accountability.”  This is the second time that the Pegasus will need to be replaced due to vandalism.

Since the first vandalism, Daniel installed a “surveillance system, which is why he has video of the two young men damaging the statue.”  The video shows that “the vandals damaged the statue in the early hours of Nov. 10 and went back that evening around 10 to take pictures.”  From the video, it appears to be two young men or teenagers.  If they are teenagers, they will face Jacksonville juvenile delinquent charges.  The video quality is not clear and it is dark outside, so you cannot make out the faces of the individuals.  The video will not likely be a factor in determining the identity of the two men.  In many cases like this, the perpetrators are caught, because they brag to their friends about what they have done, and someone turns them in.