As a Jacksonville Drivers License Lawyer and Florida Ticket Attorney, I tend to see more speeding tickets issued during the holiday season.  More people are traveling between Thanksgiving and New Years, so there seems to be more police on the interstates and highways looking for traffic violations.  Police will not just be issuing Florida speeding tickets.  There are a lot of holiday parties during the season.  Many Christmas parties begin after Thanksgiving.  Police will be expecting people to drink and drive.  They will be paying close attention to drivers that are driving under the influence in Jacksonville.

The increase in police presence is nothing new.  In 2011, the Tampa Bay Times published an article warning drivers of the same thing stating: 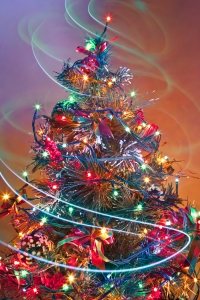 “The Florida Highway Patrol is stepping up traffic enforcement beginning Wednesday as drivers take to the roads for the Thanksgiving holiday.  The enforcement effort, which will see more troopers on Florida’s high volume roads, will last five days and coincide with one of the busiest times of the year on the road. Troopers are looking for impaired driving, speeding, following too closely and other aggressive driving behaviors. They’ll also be enforcing seat belt and child restraint laws. Drive safely, they say. They mean business.  During the same holiday enforcement effort in 2010, troopers arrested 121 drivers for driving under the influence and issued just under 5,000 speeding tickets and 1,400 seat belt citations. Overall, troopers investigated 12,770 violations over a five-day period.”

History certainly repeated itself from 2010 to 2011.  Florida state troopers issued approximately the same amount of citations and DUI arrests in 2011 as they did in 2010.  “The Florida Highway Patrol took 136 suspected drunken drivers off state roadways and handed out speeding tickets to nearly 5,000 other drivers during stepped-up patrols over the Thanksgiving weekend.  Troopers and officers from other agencies also were called to crash scenes where 26 people were killed, according to FHP statistics.”  (Gainesville.com)