There is an increase in arrests and criminal citations downtown on Florida Georgia weekend.  However, arrests were down this year compared to last year.  The Florida Times Union reported:

“Criminal activity was down this year during the weekend of the Florida-Georgia game, Jacksonville Sheriff’s Office records show.  At the sports complex and downtown entertainment district from Friday to Sunday, 32 people were arrested with two felony charges brought. Last year, 38 people were arrested while three people were charged with felonies.  There were 64 criminal citations issued, which is down 43.3 percent from last year’s 111 citations.  Also, gameday stadium ejections decreased from 75 to 51.”

While crime may have been down, people were still getting arrested.  There are people that will merely plead no contest to a criminal citation and not hire a Jacksonville lawyer to help them.  They will likely end up with a Florida criminal record without even realizing it.  Just because you received what looks like a Jacksonville traffic ticket, does not mean that it will not show up on a background check.  It is a good idea to talk to a Jacksonville attorney about it first.

The Florida Times Union also reported on a strange crime that was connected to the Florida Georgia game.  This one had to do with the theft of several school buses.  The news report stated: 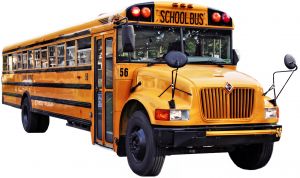 “It started with Flagler County school district officials reporting two buses missing from their garage Aug. 8. Then over the weekend two other buses stolen from Georgia in October were found at EverBank Field during the annual college football match-up in Jacksonville.  Monday the Jacksonville Sheriff’s Office arrested Alphoso Bernard Rock in connection with the Florida-Georgia buses. The Jacksonville 44-year-old is the owner of 95 South Tours and Transportation, according to the Flagler County Sheriff’s Office. He’s charged with multiple counts of theft of a motor vehicle less than $100,000 and altered or removed ID tags.”

Rock has been accused of stealing the buses to use them as shuttles.  This Jacksonville grand theft auto appears to be linked to several other thefts.  Flagler County Sheriff James L. Manfre stated, “It appears these buses were stolen as part of an elaborate theft ring operating in Northeast Florida and South Georgia.”  There is now a statewide investigation “under way in school bus thefts throughout Florida.”  Police will likely obtain information about other suspects from the defendants in other criminal cases.  They may give information to mitigate their own punishment.  Before talking to the police, they should certainly speak with Jacksonville criminal lawyers about their circumstances.