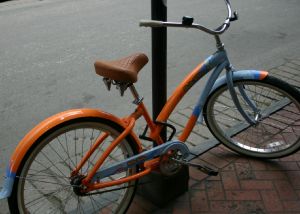 I am a Jacksonville criminal attorney that practices in Duval, Clay, Nassau, and St. Johns County.  I cannot count the number of people that I have represented on Florida theft and burglary charges.  My clients range from children as arrested for Jacksonville juvenile crimes to adults in county and circuit court.  Regardless, theft charges are serious crimes.  It is obvious that a felony crime is serious.  You could become a convicted felon or go to prison due to a grand theft or burglary charge.  In my experience, I have seen people take misdemeanor arrests lightly.  This is a bad idea considering the fact that you could be sentenced to jail or probation.  It will also lead to a theft crime showing up on your Florida criminal record background check.

I write articles on this Jacksonville criminal defense lawyers website and on the Jacksonville lawyers website.  I try to write about things that I think the general public in Northeast Florida would like to know about.  I have noticed an influx of news about burglaries and theft in St. Augustine FL.  The St. Augustine Record recently posted an article entitled Bicycle thefts, car burglaries reported.  The article stated, “People have been reporting bicycle thefts and thefts from cars in the City of St. Augustine, and the St. Augustine Police Department is advising people to keep valuables at home and to keep bicycles properly locked.”  The article gave the community tips for protecting their property and valuables.  The St Augustine Record also wrote about a convenience store burglary in St Johns County:

“The St. Augustine Police Department is asking for the public’s assistance in a burglary Tuesday at Welcome Food Mart at 224 San Marco Ave.  According a police report, a surveillance video showed that an unknown subject broke into the convenience store at 3:38 a.m. The suspect came through the roof air conditioning duct. Once inside, the subject attempted to break into the ATM machine. After failing to get money from the ATM, the suspect attempted to leave by prying open the front glass door.  When he was unable to pry open the door, he struck the glass with an object in his hand, causing the door glass to shatter. As he was leaving, the subject cut himself the arm. Officers were able to follow the blood trail on the covered sidewalk.”

As a Jacksonville criminal lawyer, this news tells me that burglary detectives and police officers are out investigating these cases.  They are going to be questioning people.  Just because a person is a suspect, it does not mean that this person committed the crime.  Being questioned by a police officer can be intimidating.  There is nothing wrong with asking an attorney to be there with you.  Also, there is no law that says you have to talk to police officers when they are interrogating you.  In many cases, they are going to arrest you any way.  They are just trying to obtain more evidence to convict you.  If they really want to talk to you, they will let you discuss the situation with an attorney first.

Even if you did commit the crime, it is good to have an experienced Jacksonville FL criminal lawyer on your side.  You may have mitigation that will help you.  There may be a problem with the evidence.  Your attorney will be able to help you through every step of the case.  You may even be able to dispose of the case in a way that you can seal or expunge the criminal record in the end.

If you have been accused of Florida petit theft of grand theft, it is important to understand Florida’s Theft law and the possible defenses.  The same is true for Florida burglary charges.  You Florida attorney can help you with this.  If you are in need of a St. Johns County lawyer with experience, call 20 Miles Law at (904) 564-2525.