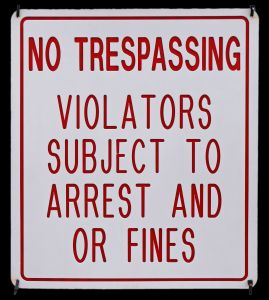 The government shut down is affecting people all over the nation.  Some government employees are not working.  Others are working and not being paid.  Regardless, they are not spending money, because they are not making money.  Therefore, businesses across the nation are losing customers.  We want to encourage tourism in the Jacksonville area.  This includes Fernandina Beach and St. Augustine Florida.  These people brings money to local businesses.  The government shut down has caused national monuments and parks to close.  This may stop tourism in the area.  However, this was not the case in St. Augustine.  Action News of Jacksonville reported:

“A group of tourists didn’t let the government shut down stop them from visiting the Castillo de San Marcos.  Chief Ranger Kim Mayo said it happened about 3:30 p.m. Monday when rangers noticed a group of people roaming about the fort. ‘They decided to hop over and make themselves at home inside the fort,’ said Mayo.”

Police officers caught 15 people inside the Castillo de San Marco.  There were 13 adults and 2 minors.  They had been inside for almost an hour.  The Castillo de San Marcos did have “signs posted at the entrance clearly [stating] the park is closed due to the government shutdown.”  The St. Augustine tourists “admitted they saw the sets of signs.”   The “families were only given a verbal warning and an invitation to come back to see the fort the legal way once the government shutdown ends.”  No one was arrested in connection with the trespass.  They did not damage the property.

The Florida Trespass Laws can be found in Chapter 810 of the Florida Statutes.  This Chapter also includes Florida Burglary Laws.  Trespass may be to a structure or conveyance or to other property.

Trespass to a Structure or Conveyance is defined in Florida Statute 810.08.  It states:

(2)(a) Except as otherwise provided in this subsection, trespass in a structure or conveyance is a misdemeanor of the second degree, punishable as provided in s. 775.082 or s. 775.083.

Trespass on property other than structure or conveyance is defined in Florida Statute 810.09.  It states:

(1)(a) A person who, without being authorized, licensed, or invited, willfully enters upon or remains in any property other than a structure or conveyance:

1. As to which notice against entering or remaining is given, either by actual communication to the offender or by posting, fencing, or cultivation as described in s. 810.011; or

2. If the property is the unenclosed curtilage of a dwelling and the offender enters or remains with the intent to commit an offense thereon, other than the offense of trespass,

commits the offense of trespass on property other than a structure or conveyance.

(b) As used in this section, the term “unenclosed curtilage” means the unenclosed land or grounds, and any outbuildings, that are directly and intimately adjacent to and connected with the dwelling and necessary, convenient, and habitually used in connection with that dwelling.

(2)(a) Except as provided in this subsection, trespass on property other than a structure or conveyance is a misdemeanor of the first degree, punishable as provided in s. 775.082 or s. 775.083.