New Florida traffic law bans texting while driving.  “Florida is joining 40 other states in the U.S. where it is illegal to text and drive… The prohibition on texting while driving comes after several years of trying by legislators.”  Florida House Republicans opposed the law due to their worry “about government intrusion into people’s lives.” 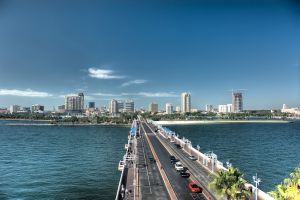 Florida Statutes 316.305(5) states, “Enforcement of this section by state or local law enforcement agencies must be accomplished only as a secondary action when an operator of a motor vehicle has been detained for a suspected violation of another provision of this chapter, chapter 320, or chapter 322.”  The Miami Herald reported, “Some have called the law ‘watered down’ since it is only a secondary offense to read or send a text, email or instant message on a smartphone while driving. That means police have to first stop drivers for another offense like an illegal turn.”  The reason that the violation is a secondary offense is likely due to the opposition to this Florida law.  The fact that this is a secondary offense is important to Jacksonville criminal lawyers and their clients.  If a police officer stops a person for sending a text message while driving, this could be an invalid stop.  If the person is arrested for another crime after being stopped, he or she may have grounds for a motion to suppress.  This may be useful for Jacksonville possession of marijuana arrests.  I can also see it being used with Jacksonville driving on a suspended license charges.

You may find the entire driving and texting law on the Florida Speeding Ticket Lawyers website.  Visit the Florida Texting and Driving Law section.  The meat of the law is found in Section 316.305(3)(a).  It states:

“A person may not operate a motor vehicle while manually typing or entering multiple letters, numbers, symbols, or other characters into a wireless communications device or while sending or reading data on such a device for the purpose of nonvoice interpersonal communication, including, but not limited to, communication methods known as texting, e-mailing, and instant messaging. As used in this section, the term “wireless communications device” means any handheld device used or capable of being used in a handheld manner, that is designed or intended to receive or transmit text or character-based messages, access or store data, or connect to the Internet or any communications service as defined in s. 812.15 and that allows text communications. For the purposes of this paragraph, a motor vehicle that is stationary is not being operated and is not subject to the prohibition in this paragraph.”

If you are given a Jacksonville traffic ticket for texting while driving, it is a noncriminal traffic infraction and a nonmoving violation.  If you commit a second or subsequent violation within 5 years after the date of a prior conviction, it is a still noncriminal traffic infraction, but upgraded to a moving violation.  Moving violations may put points on your Florida driving license.  “A first violation is a $30 fine plus court costs. A second or subsequent violation within five years adds three points to the driver’s license and carries a $60 fine.”

There are exceptions to the law.  “The ban covers tablet computers as well as mobile phones, but excludes using a talk-to-text feature. It also allows texting while stopped at a red light.”