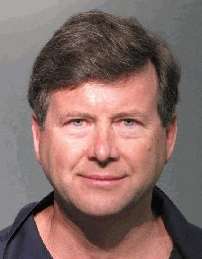 After deliberating for a couple of days, jurors found Kelly Mathis guilty in the Allied Veterans of the World Scandal.  Mathis is a well-known attorney in Jacksonville FL.  He was “charged with operating a gambling network under the guise of a veterans’ charity [and] was found guilty of racketeering and several other charges on Friday.”  Mathis was originally facing over 150 criminal charges.  After the prosecution rested its case, Judge Kenneth Lester threw out approximately a third of those counts.  Read Jacksonville FL Lawyers Criminal Case Continues After Judges Ruling for more information.  The remaining counts went to the jury.  The jury found Mathis guilty of “104 counts, including racketeering, conspiracy, helping run a lottery and possessing slot machines.”   Mathis was found not guilty of only one count, conspiracy.

WFTV.com gave a summary of the arguments that the Florida prosecutors and criminal defense attorneys were making:

“At issue was whether Kelly Mathis committed any crime in his work for his client, Allied Veterans of the World…. The heart of jurors’ deliberations lay in determining whether gambling or promotional games were operated at the nearly 50 Internet cafes operated by Allied Veterans of the World.  Mathis, a former president of the Jacksonville bar, said he did nothing wrong. During closing arguments for the defense, his attorneys said prosecutors misinterpreted what was a gaming promotion and labeled it as gambling…. Prosecutors said strip mall casinos operated by Allied Veterans were a front for a $300 million gambling operation that gave very little to veterans’ charities.”

In closing arguments, Mathis’ criminal defense attorney argued that the State of Florida did not prove gambling and that Mathis was a part of the organization.  “Prosecutors said Mathis and his associates built the operation by claiming the stores were businesses where customers could buy Internet time, when in reality most customers played slot machine games.”  Cox argued, “None of these people wanted to come here for Internet time because they were selling games…. The Internet time was a sham, a complete sham.”

After the jury deliberated for 15 hours, the jurors appeared to agree with the prosecution and returned a guilty verdict.

While Mathis’ Jacksonville attorneys have spoken to the media on several occasions, the Florida prosecutors in this case have been very quite.  After the jury returned a guilty verdict, the state attorney did speak about the case.  State Attorney Nick Cox stated, “At least it sends the message when something in the system is going wrong like this, people will be held accountable.”  Mathis also commented on the verdict.  He stated, “Attorneys all over the nation need to be afraid.”

Mathis is going to be sentenced on February 12, 2014.  He will remain out of custody until then.  As a Jacksonville criminal lawyer, I think that it is strange that he is not being sentenced until 4 months after the verdict was returned.  When a Jacksonville criminal attorney is preparing for trial, she talks to her client about the possibility that he or she could be taken into custody if a guilty verdict is returned. The more serious the crime, the more likely that the defendant will be taken into custody if you do not win the case.  This did not happen to Mathis.  This may be a good sign for him.