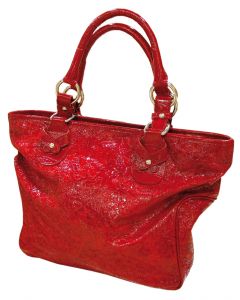 If someone steals a purse, this could be Jacksonville petty theft or grand theft.  It depends on the value of the purse and it’s contents. If it is worth less than $300, this is petty theft.  If it is worth $300 or more, the charge is Florida grand theft.  If you have ever had a purse or wallet stolen, you are usually relieved if you get it back.  Even if the money was stolen, you have other items in the purse of value to you.  A Jacksonville woman’s stolen purse was recently returned to her, but it is very strange how it was found.   Jacksonville’s Channel 4 News reported:

“Police said at about 8:30 a.m., a boater saw what was described as a debris field at the boat ramp at 8900 San Jose Blvd.  Personal items such as a purse and ID were found. Police made contact with the owner of the ID, who said her vehicle was reported stolen from Pure Nightclub at 8200 Philips Highway. Her vehicle is a Jeep Liberty.”

After learning this, the Jacksonville Sheriff’s Office decided to investigate further.  “The JSO dive team responded to conduct a search of the water for the stolen car.  They found a car in the water but it was not the stolen Jeep Liberty.”  Now, the officers are trying to contact the owner of the vehicle that was found near the St. Johns River.

When a person steals a car or motor vehicle, it is grand theft auto.  The Florida grand theft auto law can be found in Florida Statute Section 812.014(2)(c).  It states:

4. A will, codicil, or other testamentary instrument.

6. A motor vehicle, except as provided in paragraph (a).

9. Any amount of citrus fruit consisting of 2,000 or more individual pieces of fruit.

10. Taken from a designated construction site identified by the posting of a sign as provided for in s. 810.09(2)(d).