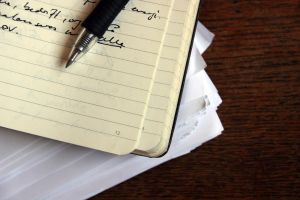 “It was the day after Thanksgiving. Jordan Davis, a 17-year-old Wolfson High School student, had just left the mall with his friends when they stopped at a Southside Gate gas station to grab a snack.   Jordan and his friends waited in a red SUV while the driver went inside.  Michael Dunn, 45, a Brevard County software developer, had been at his son’s wedding in Orange Park and was on his way to a hotel when he and his girlfriend stopped to get a bottle of wine.   A chance encounter placed them next to each other in the parking lot.”

As a Jacksonville criminal lawyer, I know that there is more than one story when it comes to a criminal case.  Often a Jacksonville criminal attorney will talk to her client and obtain one story.  Then, she will talk to the alleged victim and have another story.  The police officers involved give another story, and there may even be witnesses that have several different recollections of the events. The local media has reported what appears to be Dunn’s side of the story:

“Dunn asked the teens to turn down their music. They did. But he said they then turned it back up.  That’s when Dunn told police he saw a weapon. ‘It was either a barrel or a stick, but sir they’re like, ‘We are going to kill you and then they said you are dead (expletive)’ Dunn told police in a recorded interview. During the interrogation, Dunn described how he reached into his glove box, pulled out his gun and fired four times, fatally shooting Davis. ‘Quicker than a flash, I had a round chambered in it and I shot,’ said Dunn.”

Dunn has been quite about his case while it has been pending.  In fact, the overall media has been quite about this case.  It is not receiving even a fraction of the attention that the George Zimmerman and Trayvon Martin case received.  I am surprised by this considering that Dunn will likely argue that he acted in self defense in Jacksonville.  He may even use the Florida Stand Your Ground Law.

I am assuming that Dunn has been quite, because he was advised to do so by his criminal defense attorney.  As a Jacksonville criminal lawyer, I would likely advise him to do the same.  You want to focus on the criminal charges and not on the media right now.

First Coast News stated that Dunn recently wrote a letter to one of their news achors, Heather Crawford.  He wrote, “This case has never been about loud music. This case is about a local thug threatening to kill me because I dared to ask him to turn the music down.”  He also spoke about the Duval County State Attorney’s Office.  He stated, “I have quite a bit to say with regards to the way the DA’s office has been mis-representing the facts. It’s terrible to see such an abuse of power by a public official.”  It appears that Dunn was speaking of Angela Corey.  She is the state attorney prosecuting the case.  Although Dunn has alleged an abuse of power, the article does not discuss the details or examples that he is referring to.  Dunn did give details about the night of the shooting at that Jacksonville FL gas station.  He stated:

“I have been around firearms most of my life and have never had cause to draw a weapon on someone, let alone fire one at anyone. Deadly force is only to be used in circumstances of self-defense! After multiple threats of death by Jordan Davis and his brandishing of a weapon, I was convinced that my life was in danger. When Mr. Davis opened his door and said ‘You’re DEAD expletive! This expletive is going down NOW,’ I was convinced that the loss of my life was imminent, I had no choice but to defend myself, I am NOT a murderer. I am a survivor.”

I am assuming that Dunn did not consult with his attorney before sending this letter.  You should always speak with your Jacksonville attorney before making any statements about your criminal case.