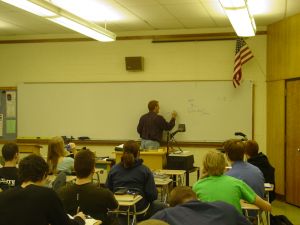 Florida has different types of battery charges.  If you intentionally touch or strike another person against that person’s will, this is Florida simple battery.  It is a misdemeanor.  A simple battery charge can change based on the victim of the battery.  Let’s take domestic battery as an example.  The action is still the same. One person hits or strikes another person.  However, you will be charged with domestic battery in Jacksonville if the victim is considered a family or household member.  Domestic battery is also a misdemeanor.  What if you hit a police officer?  Florida battery on a law enforcement officer is a felony.  The action is still the same, but the victim changed.  Hitting a police officer is a more serious crime.

(1)(a) A person commits aggravated battery who, in committing battery:
1. Intentionally or knowingly causes great bodily harm, permanent disability, or permanent disfigurement; or
2. Uses a deadly weapon.
(b) A person commits aggravated battery if the person who was the victim of the battery was pregnant at the time of the offense and the offender knew or should have known that the victim was pregnant.

A substitute teacher in a town near Jacksonville FL was arrested for aggravated battery after being accused of hitting a student.  Action News reported:

“Garrett Scott was a substitute teacher in Fernandina Beach. Police say Scott took advantage of his authority. According to the police report, Scott slapped a student during class. That student was six months pregnant. Scott was immediately fired. Students say Scott had an attitude and even used foul language, before hitting the student.”

Before a substitute teacher is hired, he or she must go through a background check.  It appears that Scott did not have a criminal record.  He is now facing felony charges.  This means that he could go to jail or prison.  He could also become a convicted felon.  Scott is going to need to take care of this case properly.  Aggravated battery is one of the Crimes that Cannot Be Sealed in Florida.  I am sure that he is going to want to seal or expunge his Florida criminal record.  If he does not dispose of this case correctly, he will not be able to do so.  He should to discuss his case with a Florida criminal lawyer to learn his options and to take the best possible route.