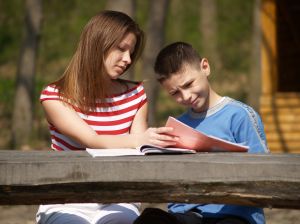 Help you child in the future with a record expunction.

Has your son or daughter been arrested for crime?  In some cases, your son or daughter may be eligible for the Duval County juvenile diversion program.  Similar programs are also offered in St. Johns County and Clay County.  If your child has been arrested, talk to a Jacksonville criminal lawyer about the possibility of entering a diversion program.  If your child successfully completes the program, the juvenile charges are usually dropped.   This does not mean that charges disappear.  If you want to clear the juvenile criminal arrest record, you must expunge the Florida record.

“Prior to October 1, 1994, juvenile arrest records were not maintained by FDLE in the criminal history record system. Juvenile arrests for felonies prior to October 1, 1994, and juvenile arrests for misdemeanors prior to July 1, 1996, are not available to the general public unless the juvenile was treated as an adult. Juvenile records are subject to an abbreviated retention schedule, if certain qualifications are met, which results in the automatic expunction of the record after a specified period, under s. 943.0515, Florida Statutes.”

If your child completed a juvenile diversion program, he or she is at an advantage.  The FDLE further stated:

“Juvenile defendants who successfully complete a qualified diversion program, as set out in s. 943.0582, Florida Statutes, may be eligible for expunction of their record as the term is defined therein. If a person wishes to pursue the judicial sealing or expunction of his or her juvenile record, the eligibility criteria and procedure, which are similar to those for adults, are found in s. 943.059 and s. 943.0585, Florida Statutes.”

In order to be eligible for a record expunction under Florida Statute Section 943.0582, the child or teenager must successfully complete “a prearrest or postarrest diversion program authorized by s. 985.3065, F.S., and that the applicant’s participation in the program was based on an arrest for a nonviolent misdemeanor.  The term “nonviolent misdemeanor” is defined in Section 943.0582.

The best thing about expunging a Jacksonville Florida juvenile delinquent record through Section 943.0582 is that your child may be able to seal or expunge another record in the future.  Hopefully, this is never needed, but it does happen on occasion.  Under the Florida law used to expunge adult records, you may only seal or expunge one record.  “A juvenile diversion expunge does not prevent the record subject from seeking a judicial expunction or sealing under s. 943.0585 or s. 943.059, Florida Statutes.”

The downside about a juvenile record expunction is that it is more like a Florida criminal record seal than an adult record expunction.  If you read Who Can Access My Florida Criminal History After I Expunge or Seal It, you will see than expunging a criminal record is more secure than sealing it.  If you are interested in helping your child expunge his or her record, contact a Jacksonville criminal attorney by calling (904) 564-2525.