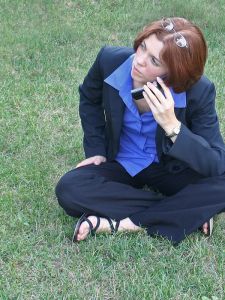 My background check said WHAT???

You can be arrested in Florida for a variety of crimes.  You may be arrested for a felony charge, which is more serious than a misdemeanor.  If you are accused of a felony crime, you will be arrested.  If you are accused of a misdemeanor, there is a chance that you will not be arrested.  In some misdemeanor cases, the police officer will write a citation that looks like a Florida speeding ticket.  Obviously, it is not a basic Jacksonville traffic ticket.  It is called a Notice to Appear.  The police officer is permitted to give you this notice to appear citation in lieu of an arrest.  If you receive a notice to appear, your Jacksonville criminal attorney or yourself must set a court date.

Imagine that you were given a notice to appear citation for leaving the scene of an accident in Jacksonville.  Your Jacksonville criminal attorney investigated the case and presented it to the prosecutor.  The State of Florida declines to prosecute the case.  You never go to court.  It seems as if the case just disappeared.  Many people are surprised to know that they still have a Florida criminal record.  This hit and run charge will still show up on a background check.  In order to clear the charge from your background, your Jacksonville lawyer would need to expunge your Florida record.

What if you were arrested for a felony crime?  Imagine that you were stopped while riding in a car with other people.  Police searched the car and found drugs in it.  You were arrested for possession of 20 grams or more of marijuana in Jacksonville.   After reviewing the case, the State of Florida drops the charges and cancels your court date.  You never go to court.  You reasonably believe that you do not have a record because you did not go to court.  This is not true.  There is a paper trail for this criminal charge.  You have a criminal record.  To erase it, you need to expunge your Florida record.

If you are unsure if you have a criminal record, you should run a background check on yourself.  You should do this before someone else does.  You may also contact the clerk of court in the county that would have a record of the crime.  This is the county that issued the notice to appear citation or the county in which you were arrested.  If you need help sealing or expunging your record, contact 20 Miles Law at (904) 564-2525.

You should not delay when expunging or sealing a record.  Read How Long Will It Take to Seal or Expunge My Florida Record and What is the Fastest Way to Expunge a Criminal Record in FL for more information.