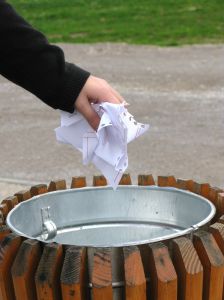 Habitual Traffic Offender? Do not trash that DMV letter!

If you have a suspended Florida drivers license, you should not drive.  If you are a Florida habitual traffic offender, you definitely should not drive.  This is easier said than done.  It is very hard to take care of your family without driving a car.  You need to work, and you cannot always rely on other people for transportation.  Duval County does not have the best public transportation system.  You are going to have a more difficult time with public transportation in Clay County and St. Johns County.  People end up driving.  If your drivers license has been suspended, you must fix it.  You can speak to a Jacksonville drivers license lawyer that may be able to help you, so call (904) 564-2525.  If you do not reinstate your drivers license and you continue to drive, you are going to end up needing a Jacksonville criminal lawyer.

“Why would I need a Jacksonville criminal lawyer for my drivers license problems?”  A Florida driving on a suspended or revoked license charge may be civil or criminal (Read Difference Between Criminal Charge and Civil Ticket in Florida and Is a Jacksonville Driving on Suspended License Ticket a Crime? for more information).  If you obtain three driving on a suspended or revoked licenses convictions within five years, your license will be suspended for 5 years.  You become a habitual traffic offender for 5 years.  If you are caught driving when your license as a habitual traffic offender, you will be arrested for a felony.  A felony is punishable by up to five years in prison in Florida.  If you are adjudicated guilty of a felony crime, you will also be a convicted felon.

The law for driving on a suspended or revoked license shows how a Jacksonville traffic ticket can turn into a misdemeanor crime.  It also shows how the charge can turn into a felony offense.  Florida Statute Section 322.34 states:

(1) Except as provided in subsection (2), any person whose driver’s license or driving privilege has been canceled, suspended, or revoked, except a “habitual traffic offender” as defined in s. 322.264, who drives a vehicle upon the highways of this state while such license or privilege is canceled, suspended, or revoked is guilty of a moving violation, punishable as provided in chapter 318.

(2) Any person whose driver’s license or driving privilege has been canceled, suspended, or revoked as provided by law, except persons defined in s. 322.264, who, knowing of such cancellation, suspension, or revocation, drives any motor vehicle upon the highways of this state while such license or privilege is canceled, suspended, or revoked, upon:

This is why it is so important to take care of your driving record.  As a lawyer in Jacksonville, I have had people call me to help them reinstate their drivers licenses after becoming habitual traffic offenders.  Some people do this as soon as they receive a letter from the Department of Highway Safety and Motor Vehicles informing them their license will be suspended in a couple of weeks.  Other people ignore the letter and continue to drive.  They do not want to spend the money to reinstate their licenses.  This is a mistake.  If you are caught driving on a suspended license after being declared a habitual offender, it usually ends up costing more to fix things.   If you need help with your Florida drivers license, call (904) 564-2525 to speak with a Jacksonville attorney that has experience