Sixteen people were arrested on Monday in connection with an Orange Park Florida prostitution sting.  The Clay County Sheriff’s Office began investigating the possible prostitution “after complaints about three Orange Park massage parlors and other online escort services.”  The complaints came from residents and business owners in the area.  The police investigation focused on these three massage parlors in Clay County FL.  They investigated “the Ocean Spa at 1999 Wells Road, Red Lantern Health Center at 1871 Wells Road and Ichiban Health Center at 2141 Loch Rane Blvd.”  The Florida Times Union described the investigation: 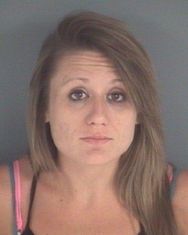 Fourteen women were arrested.  “Charges for the women, 18 to 57 years old, included prostitution, practicing massage therapy without a license and drugs. They were arrested in a joint undercover operation between the Clay and Jacksonville sheriff’s offices.”  In my career as a Jacksonville criminal lawyer, I have not seen the Jacksonville Sheriff’s Office get involved in an undercover sting in another county unless Jacksonville was somehow involved.  I am assuming that the reason that JSO assisted in the investigation is because “many of the women would come to Orange Park addresses from Jacksonville.”  Some of the women are facing Florida drug charges because police are claiming that they were in possession of certain controlled substances, such as methadone and heroin.

The following women were arrested:

Some of these people will plea guilty or no contest as a matter of convenience.  This is not a good idea.  They are not thinking about the impact this will have on their Florida criminal backgrounds or their ability to seal or expunge their FL records.  The Clay County State Attorneys Office may try to get the co-defendants to flip on one another.  I am sure that the police already interrogated the men and women separately and obtained conflicting and accusatory statements.  This is why it is so important that each one of these individuals have his or her own Clay County attorney to defend against the charges.  They each need someone to look after their best interests.  If you have been accused of a crime in Northeast Florida, contact a Jacksonville criminal attorney at (904) 564-2525  or send an email to Find a Lawyer.