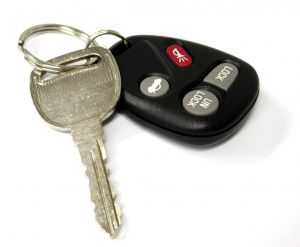 Before the Department of Highway Safety and Motor Vehicles suspends a Florida drivers license for 5 years, they mail a letter to put the driver on notice.   The Department of Highway Safety and Motor Vehicles is often referred to as DHSMV or DMV.  The letter from the DMV will list the tickets that are being used against the driver to suspend the license.  If you receive this letter, call a Jacksonville drivers license lawyer right away.  The DMV will only give you a couple of weeks notice before they suspended your license.  Many people receive this letter and believe that their license is being suspended because they have unpaid Jacksonville traffic tickets.  While your license will be suspended if you do not pay your Florida traffic tickets, this does not make you a habitual traffic offender.  In order to stop your license from being suspended as a habitual traffic offender, your Jacksonville lawyer will need to go to court and reopen your old cases.  This takes time, so you should call an attorney that has helped people in your situation.  If your license has already been suspended as a habitual traffic offender, you may still be able to obtain a valid drivers license.  You should get a copy of your drivers license from the DMV and contact a Jacksonville attorney.  Call 20 Miles Law at (904) 564-2525 to speak to a Jacksonville lawyer that may be able to help you with your driving record.