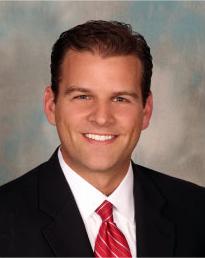 Before last Sunday, Matt Shirk was a name mainly known to Jacksonville criminal lawyers but not to the general public.  I met Shirk when I was working as a Jacksonville criminal defense attorney at the Office of the Public Defender in Duval County.  He was a private attorney.  Bill White was the public defender and managed the office at the time.  This changed in 2008.  In 2008, there were two big elections that would affect all Jacksonville criminal lawyers and the 4th Judicial Circuit.  The 4th Judicial Circuit is made up of Duval, Clay, and Nassau County.  Regardless of who would win the election, there was going to be a change at the Office of the State Attorney.  Harry Shorstein was leaving his position as the State Attorney.  Angela Corey, a former assistant state attorney, ran against Jay Poltkin, an assistant state attorney under Shorstein.  Corey won the election.  Matt Shirk ran against Bill White.  This was the first time that another attorney ran against the public defender.  Shirk won the election in 2008.

Many people were not even aware the Public Defender is an elected position.   They do not even know who the Public Defender is.  For the past 5 years, there have not been major stories coming from the Public Defenders Office.  The only story that I remember reading is was in connection with the Cristian Fernandez case.  “When [Shirk] was assigned as counsel for 12-year-old murder defendant Cristian Fernandez, a group of high profile criminal defense attorneys filed a motion to have him removed. Shirk eventually agreed step down as Fernandez’s attorney.”  (First Coast News)  It seems that in the past two years, the negative attention has been on Angela Corey at the State Attorneys Office in Duval County (Daily Beast).  I say this due to the Marissa Alexander case, the Christian Fernandez juvenile prosecution, and the George Zimmerman trial.  This all changed on August 25, and the focus turned to the Duval County Office of the Public Defender.

Last Sunday, I learned that accusations had been made against Matt Shirk.  The Florida Times Union reported:

“It was a turbulent month in Public Defender Matt Shirk’s office, beginning with the May hiring of a young woman Shirk sought out after seeing her photo on social media and ending with Shirk’s chief of staff asking a former investigator to help him avoid following the public records law.”

It has been reported that Shirk’s “office will use independent counsel to review an increasing load of public records requests received by the office.” (Jacksonville.com)  He has not responded to the accusations yet.  Since the news was released, there have been several articles about Shirk.  Most recently, News4jax stated:

“In the meantime, Gov. Rick Scott’s office is getting involved, and state lawmakers are beginning to weigh in.  State Sen. Rob Bradley, R-District 7, said he’s friends with Shirk and is also a lawyer who wants the legal system to function properly.  He said he supports State Attorney Angela Corey’s office requesting recusal from any investigation of Shirk…..On Thursday, the governor’s office sent an email saying, ‘We’ve received the state attorney’s request. Our office is consulting with other state attorneys to determine who can take the assignment.’  ‘The fact of the matter is we have an office to run,’ Bradley said. ‘That office represents many defendants who have been arrested. Often it’s a life or death situation.'”

Florida Gov. Rick Scott appointed the Gainesville state attorney to investigate the allegations against Shirk.  Nevertheless, Bradley is right.  The public defender office must continue to run efficiently.  This is the biggest law firm in Jacksonville.  There are some excellent attorneys there and new lawyers that are fresh out of law school and need proper training.  There are people sitting in jail that cannot afford to hire a Jacksonville lawyer.  They do not deserve to sit in jail just because they do not have the money for an attorney.  The public defenders office works hard to help all of those people.  Their hard work often goes unnoticed.  Then, a scandal like this comes out and draws negative attention to the office.  This is not fair.  These criminal defense attorneys and their dedicated support staff should be commended.  First of all, the accusations have not been proven.  Only time will let us know what really happened.  Remember the phrase innocent until proven guilty.  As a former public defender and Jacksonville criminal lawyer, I know how important this phrase is.  Even if you do assume that everything that you have read is true, the action of a few people, should not define hundreds of employees.  There are people at the Clay, Duval, and Nassau County public defender offices that have spent decades dedicating their time and energy to these offices.  They deserve respect and appreciated.  Their efforts should not be clouded by scandal.