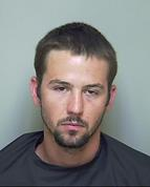 Two people were arrested in Florida in connection with police searching a residence in Palatka.  Last Friday, police officers search a mobile home and found more than just a little bit of marijuana.  The home was full of marijuana plants.  Nicholas Ryan Cribbs and Lyndsey Dee King are the two residents of the mobile home.  The home is located in the Alhambra Mobile Home Park in Palatka FL.  This is approximately 60 miles south of Jacksonville FL.

Cribbs and King “were arrested after detectives allegedly discovered an indoor marijuana growing room with 36 plants in the mobile home the two shared, according to a release from the Putnam County Sheriff’s Office.”  Police were investigating the home after, “neighbors in the Alhambra Mobile Home Park complained about marijuana being grown within the residence in the 3800 block of St. Johns Avenue.”

It appears that police did not have a search warrant.  First Coast News of Jacksonville stated, “Detectives met with Cribbs and King who gave consent for the residence to be searched.”  The police went through the house.  While searching they discovered a marijuana growing room in the back bedroom.  The police officers also found “marijuana that had already been processed” inside the home.

As a Jacksonville criminal lawyer, my first thought is “why would you permit police to enter your house if you had illegal drugs inside?”  You are setting yourself up to be arrested on Florida drug charges.  Perhaps the residents did not give consent and the police are not being truthful?  Maybe the defendants did not think police would go that far into the house and discover the drugs?  Maybe they did not know the marijuana plants were there?  Maybe they believed that if they allowed the police to search the house, the police would believe there was nothing inside and just give up?  These are things that the defendants will need to discuss with a Florida criminal attorney when they are building a defense to the crime. 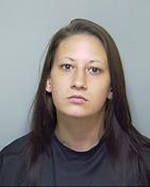 Drug charges are serious whether it is a Florida possession of paraphernalia charge for a Jacksonville juvenile criminal case or a possession of cocaine arrest for an adult.  This can create a Florida criminal record showing drug use.  It can also cause your Florida drivers license to be suspended.  It is important to discuss all avenues of your case with a Jacksonville lawyer that has experience.  If you were arrested for a drug crime, call 20 Miles Law at 904-564-2525 to talk with a Jacksonville criminal attorney.