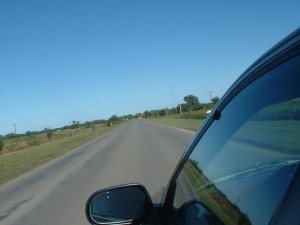 Get back on the road, legally!

Can you imagine not having a drivers license for five years?  I cannot imagine not being able to drive a car for 5 years.  It is hard to think of what I would do without a drivers license for 5 days.  There are many people driving with a suspended license in Florida.  In 2011, Florida had about 15.5 million legal drivers.  There were 2.2 million people that suspended or revoked licenses.  According to the Tampa Bay Times, “Nationally, about 1 in 10 motorists drives illegally, says traffic researcher Robert Scopatz of Data Nexus Inc., who studied the issue for the AAA Foundation for Traffic Safety…. The AAA traffic safety organization estimates that two-thirds of people barred from the road keep driving.”

If your license is suspended, you should speak with a Jacksonville drivers license lawyer.  You may contact a Jacksonville attorney with experience by contacting 20 Miles Law at (904) 564-2525 or send at email to Find a Lawyer.  The sooner you start working on your Florida drivers license suspension, the better.  If you continue to drive on a suspended license as a Florida habitual traffic offender, you could be arrested for a felony.

The Florida Department of Highway Safety and Motor Vehicles will notify you if your license is being suspended as a habitual traffic offender.  You should always keep your address up to date with the Florida DHSMV.  This is the law and will ensure that you receive all notices.

You drivers license can also be suspended as a habitual traffic offender if you receive “Fifteen convictions for moving traffic offenses for which points may be assessed” within five years.

If you receive a ticket outside of Florida, they will also count against you.

“Any violation of any federal law, any law of another state or country, or any valid ordinance of a municipality or county of another state similar to a statutory prohibition specified in subsection (1) or subsection (2) shall be counted as a violation of such prohibition. In computing the number of convictions, all convictions during the 5 years previous to July 1, 1972, will be used, provided at least one conviction occurs after that date. The fact that previous convictions may have resulted in suspension, revocation, or disqualification under another section does not exempt them from being used for suspension or revocation under this section as a habitual offender.”