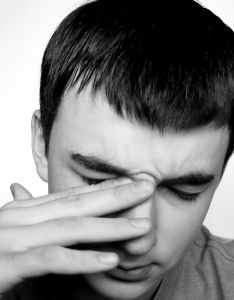 Children deserve help when they are bad situations.

The Jacksonville Sheriff’s Office has been searching for an automobile burglary suspect since last May.  On Friday, police arrested the suspect.  It was a 15-year-old boy.  He will be facing Jacksonville juvenile criminal charges for burglary of a structure or conveyance.  This Florida burglary charge is a third degree felony.  The police claim that the “suspect led police on a foot chase before he was taken into custody.”  If that is true, he will also be charged with resisting an officer without violence in Jacksonville FL.  This is a first degree misdemeanor.

“A warrant was issued for the suspect for an incident that occurred May 11 at a home on the 4500 block of Muscadine Court, according to a release from the Jacksonville Sheriff’s Office.  An investigation revealed that a witness allegedly saw the juvenile suspect enter a victim’s unlocked vehicle, remove an item which he concealed in his shorts, then run into a nearby house…. According to the witness, he then returned to the vehicle and replaced the item. The victim determined that $500 was stolen from her purse.  The juvenile suspect is also a person of interest in a number of other cases of burglary which, according to JSO, resulted in credit card fraud. That fraud included purchases of shoes, according to JSO, some as high as $1,500.”

The first thing that this juvenile needs to do is refuse to talk to police and request to speak to a Jacksonville criminal attorney.  Since the police are investigating other burglaries, they will question him about them.  He should not talk about these accusations.  Any thing he says could result in more counts of burglary being added.

It is especially hard for children in the criminal justice system to exercise their right to remain silent and right to an attorney, because they are so young.  Not only are they being questioned by police officers, but they are also being cornered by adults.  It is more difficult for them to speak up for themselves.  As a parent, you want to do the right thing for your child.  You want your child to learn his lesson, but you do not want him to be railroaded by the criminal justice system.  You do not want his rights to be trumped.  You do not want him to have a juvenile criminal record in Florida.  He may have been falsely accused.  There is nothing wrong with your child having a Jacksonville juvenile lawyer to defend his rights.  Call 20 Miles Law at 904-564-2525 if your child needs help with a criminal case.