The scenario that I laid out above is the most common when it comes to Jacksonville traffic tickets combined with a hit and run case.  You may also find fleeing the scene of an accident cases that include other criminal charges.  A person may be arrested for Jacksonville driving under the influence after a hit and run.  I recently read an article on the Florida Times Union website that gave another example.  It is not as common, but it shows that a hit and run charge is not as serious as the other charges that the defendants will be facing.  The Florida Times Union reported on Jacksonville.com that: 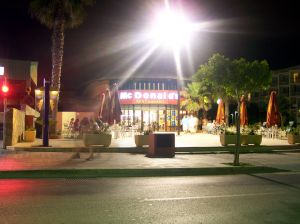 “The two Jacksonville men in Wednesday’s hit-and-run and subsequent crash involving two stolen vehicles have been identified as 25-year-old Michael Gene Rafuse and 26-year-old Aaron Cole Beckworth, according to the Clay County Sheriff’s Office.  Both men suffered serious injuries. The two women in the vehicle had minor injuries and were not deemed to have done anything criminal, the Sheriff’s Office said.  The incidents started with 23-year-old Adrian Johns seeing somebody trying to steal his Ford Explorer while he was eating at a McDonald’s on Blanding Boulevard in Middleburg. When he tried to stop the thief, Beckworth is accused of ramming him onto the hood of a different stolen vehicle, the Sheriff’s Office said. Johns suffered minor injuries.  His Explorer was stolen and soon the thieves abandoned the other vehicle and were located near County Road 220 and Henley Road. They tried to get away but crashed the Explorer into a tree. Both men have extensive criminal histories.”

I am not the Clay County attorney handling the case, but as a Jacksonville criminal lawyer, I can comment on the possible charges.  Obviously, there are grounds to charge the driver with leaving the scene of an accident.  Depending on the evidence, the driver may also be charged with Florida grand theft auto.  To be charged with Florida grand theft auto, the state must show that the defendant knew the car was stolen.  The article did not discuss the possible Jacksonville battery charge.  The alleged victim stated that Beckworth rammed him into the hood of a car.  This is simple battery.

Beckworth and Rafuse should have separate Florida criminal lawyers handling their cases.  They could have a conflict of interest and they need attorneys that will look out for their interests individually.  While the lawyers will likely work together, each client deserves an attorney that will look out for his or her best interest.