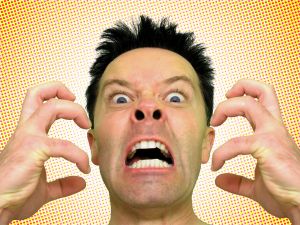 Going crazy over your suspended drivers license? Call 904-564-2525 to speak with a lawyer

You were pulled over for speeding in Clay County, so you received a Florida speeding ticket.  You later received Jacksonville traffic ticket in Duval County.  You did not pay your Florida tickets.  You end up with a Florida suspended drivers license, because you have unpaid tickets.  You are stopped by a police officer again.  This time, he writes a ticket for driving on a suspended license in Jacksonville.   Over a few of years, you are stopped a two more times for driving on a suspended license.  The next thing that you know, you receive a letter in the mail from the Florida Department of Highway Safety and Motor Vehicles.  Your drivers license is going to be suspended for five years as a Florida Habitual Traffic Offender.  You immediately pay all of your tickets.  You have been going back and forth to the courthouse.  You have waited in line at the DMV.  You have called collections agencies to take care of all of your unpaid tickets.  After you do this, you believe that you will be able to reinstate your drivers license, but it does not happen.