When Cristian Fernandez was only 12-years-old, he was charged with first degree murder in Duval County FL.  He was accused of murdering his 2 year old brother and charged as an adult.  At the age of 14, his case came to a close.  The result is what many Jacksonville criminal attorneys had believed was just.  His case returned to juvenile court and he pleaded to Florida aggravated battery.  Many Jacksonville criminal lawyers believed that is was unfair to charge Fernandez as an adult.  The Florida Times Union reported: 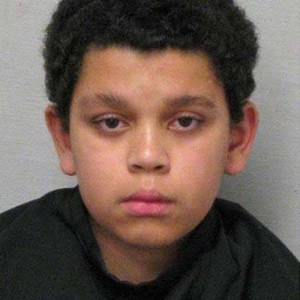 Fernandez sentenced as a juvenile

“Testimony showed that the mother took more than eight hours to get the injured child, David Galarraga, to the hospital where he died two days later. Biannela Susana was charged with aggravated manslaughter by culpable negligence. Also it has never been convincingly demonstrated that this case didn’t belong in juvenile court all along, rather than in adult court…. But in the end, following the pro bono work of eight strong lawyers from five Jacksonville law firms, Fernandez is going to the juvenile detention system where he will receive evaluations, counseling, education and an opportunity to grow into a productive member of society.”

Fernandez has been held in custody for over two years, since March of 2011.  He will remain in juvenile detention until he is 19 years old.  After he serves approximately five years in detention, “he will be on probation for eight years for a charge of aggravated battery for which he was convicted but had adjudication withheld. If he violates that probation, he will go to adult court and could be sentenced to prison for several years.”

The question still remains.  Why was Fernandez charged as an adult?  The Florida Times Union interviewed Duval County’s State Attorney:

“State Attorney Angela Corey has insisted that her intent all along was not to send Fernandez to adult prison for life but that she sought a middle ground that would punish Fernandez and provide opportunities for rehabilitation. ‘Some question why we did not leave this case in juvenile court and in the juvenile system,’ Corey said in a press conference last week. ‘The juvenile system is inadequate to handle a case of this magnitude. It always has been, and until there is reform, it always will be.’ So Corey’s logic seemed to be that since the state couldn’t properly handle the case of this child in the juvenile system, then the solution was to charge him with first-degree murder and put him on a path toward decades if not life in the adult system where rehabilitation is nil.”

The Florida Times Union made a great point that Florida criminal defense attorneys have been stating for years.  Numerous studies have shown that “children are uniquely salvageable…. The juvenile justice system needs reforms so that proper handling of these cases can become routine, not an exception.  There likely are many more cases like this one in Florida that have not received the same spotlight. They deserve a better outcome, too.”  I have written articles on the Jacksonville lawyers website and this Jacksonville criminal defense lawyers page about the difference in sentencing children and adults.  With the recent U.S. Supreme Court decisions and the Fernandez case, perhaps we are heading in the right direction.