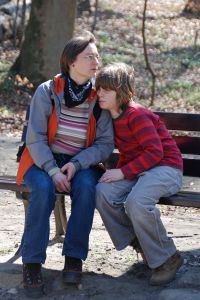 Being a parent isn’t easy, but neither is being a teenager.

We are not the same people that we were when we were children.  You are very different from the person you were when you were at 16 years old.  Think about the things you said and did as a teenager.  You were more mature by the time you graduated college.  You made better decisions.  Even in your early twenties, you were still somewhat immature.  Decades have passed and you have become the person that you want to be and you try to raise your children to do the same, but it is not easy.  They do not listen to you all the time, and they must learn on their own.  You did the same thing.

Sometimes, teenagers make a decision that leads to an arrest.  They end up in the Duval County juvenile justice system.  Just because they are facing Jacksonville juvenile criminal charges does not make them bad people.  They are exploring and learning.  They are easily influenced by their peers and by the things that they see on television and on the Internet.  A child’s brain is still developing into his or her early 20s.  They are more apt to respond with emotion than reason.  Just because a teenager is arrested for a crime, does not mean that he or she is a criminal.  A boy that is arrested for Jacksonville possession of marijuana is not necessarily a pothead.  He may have been holding something for a friend or experimenting.  A girl that is arrested for Jacksonville petit theft is not a thief.  She may have been at the mall with other girls that were shoplifting and responding to peer pressure.

A child does not deserve a Florida criminal record based upon a mistake.  As a Jacksonville juvenile lawyer, I know that a child’s case must be given the same care as an adult.  When children are facing criminal charges, they are scared and do not know how to express themselves.  It is important to talk to your child in an understanding manner, so you can work things out and solve the problem.  Jacksonville lawyers handling Florida juvenile defense cases should make sure that the children understand that their conversations with their attorneys are confidential.  Children should feel comfortable talking to their attorneys about their cases.

When I represent a juvenile, I make it clear to the mother and father that I represent the child, not the parents.  Usually, the parents and the child have the same interests.  They all want what is best for the child.  It is important for them to work together.  At the same time, it is important for the child to trust his or her attorney.  Confidentiality and trust are key components to any attorney-client relationship.  Children are no different.

If you would like to speak to a Jacksonville lawyer about a juvenile case in Duval, Clay, or St. Johns County, contact 20 Miles Law.  You may send and email to Find a Lawyer or call (904) 564-2525.